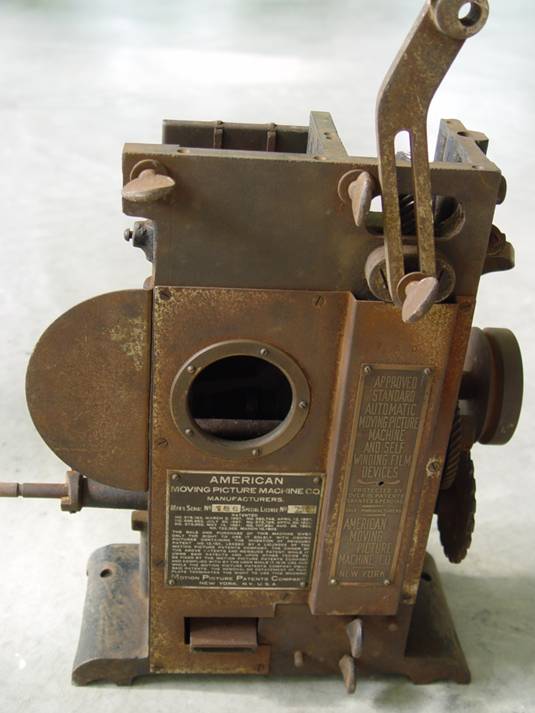 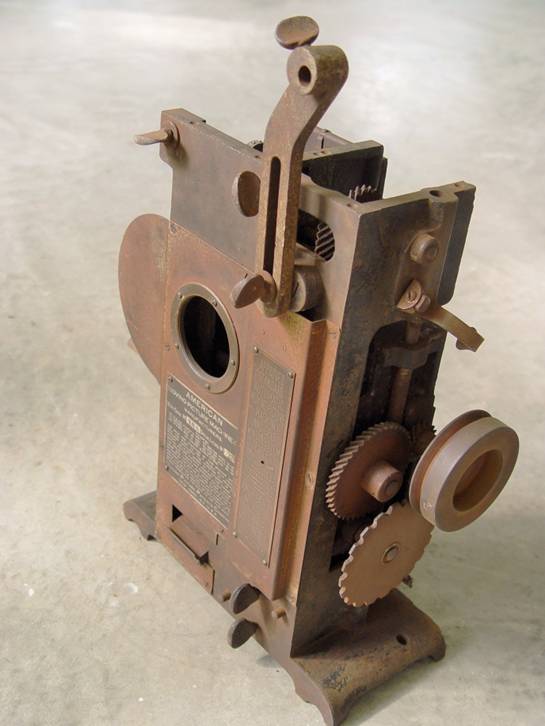 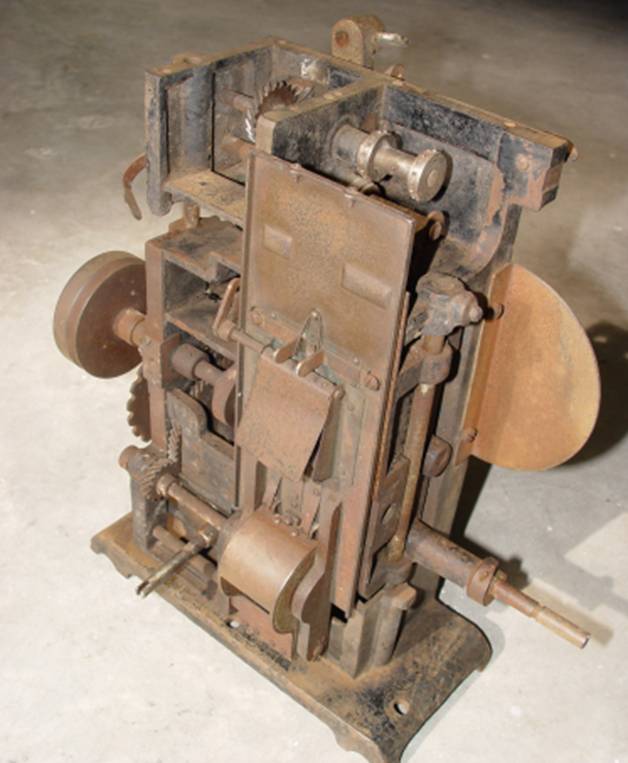 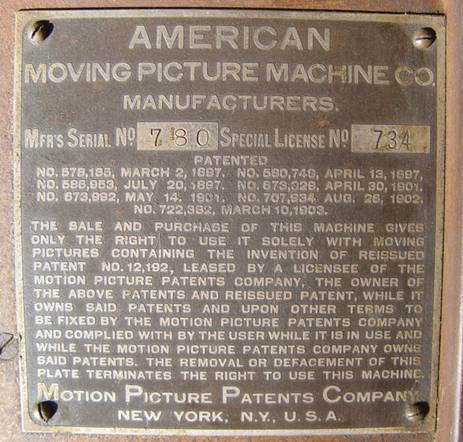 Appearing in The Moving Picture World for December, 1908, this 35mm motion picture projector was referred to as the "Standard Automatic Moving Picture Machine" in early advertisements. Believed to have been manufactured for at least thirteen years, six of those were under the original "American Moving Picture Machine Company" name which places the example shown here to 1909-1915.  The American Standard was once said to be the most popular projector used in Broadway movie houses.

It was considered to be a less elaborate machine than the Motiograph, Power's Cameragraph or the Simplex per An Evening's Entertainment: The Age of the Silent Feature Picture 1915-1928.  The Cyclopedia of Motion Picture Work 1914 by David S. Hulfish, states that "at one time, the Standard was the only projection machine which was permitted to run by motor in New York, all others being compelled to turn by hand.  The feature of distinction upon which this discrimination was based was that the film could not be fed by the motor and upper sprocket to make contact with the lamp house or to fall into the beam of light outside of the motion head, because of the enclosed box construction of the entire film-handling mechanism and magazines".

Like most other projectors of the time, it was licensed by the Motion Picture Patents Company of New York, also known as the Edison Trust.  Established in December 1908, the Trust was made up of  Edison, Biograph, Vitagraph, Essanay, Selig Polyscope, Lubin, Kalem, Star Film, American Pathe, George Kleine and Eastman Kodak.  The projector's design was covered by a host of patents issued between 1897 and 1904 to Thomas Armat, C.F. Jenkins, A.E. Smith, W. Latham, J.A. Pross and Thomas Edison.  With the patents now united, the Trust proceeded to license cameras, projectors and raw film stock in an attempt to control the motion picture industry.  In 1915, the Trust was found to be in violation of the Sherman Antitrust Act.  After an Appellate Court ruling, the Trust was dissolved in 1918.

A designer and manufacturer, Charles R. Uebelmesser was actively involved in the promotion of the American Moving Picture Machine Company, to which he assigned at least nine of his motion picture related patents. One of these patents was assigned to the American Standard Motion Picture Machine Company in 1915, the new company name until 1922, when it became known as the American Standard Moving Picture Company.  Some of these patents covered automatic film feeding and take-up, the designs being a radical departure from the standard reel and thread configurations then in use. Uebelmesser also patented a steam automobile condenser in 1932.

Despite its fame and popularity, fierce competition from larger manufacturers such as International Projector (Simplex), Edison Manufacturing (Projecting Kinetoscope) and Enterprise Optical (Optigraph, Motiograph) would spell the end for the American Standard.  Though production spanned a number of years, very few examples have survived.