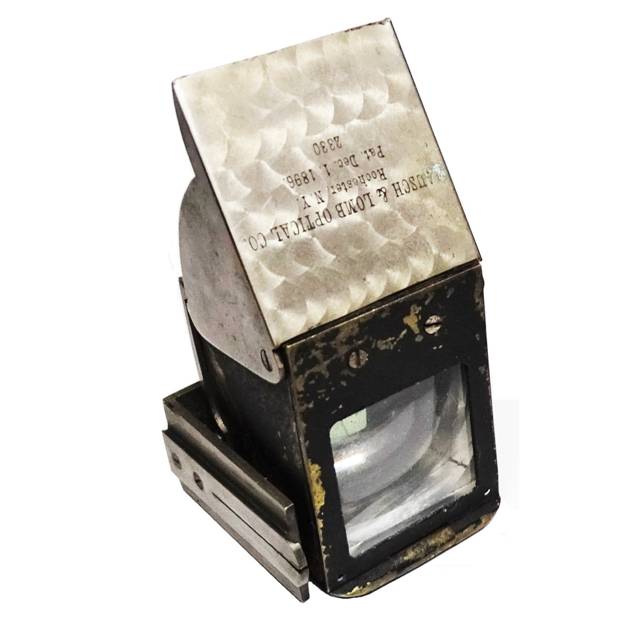 Bausch & Lomb's Iconoscope Finder makes its appearance as early as 1899 in Jas. H. Smith's Catalogue of Photographic Sundries. Its progressive and patented design was its selling point, incorporating a triangular prism which corrected for the reversed image typically seen in finders used on self-casing cameras. 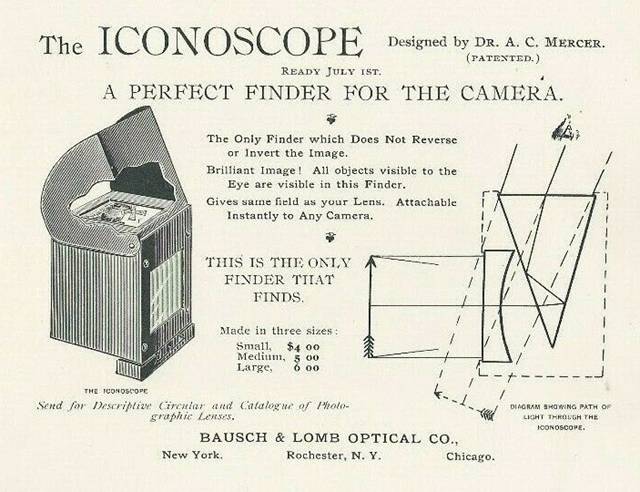 The finder was invented by Dr. Alfred Clifford Mercer of Syracuse, New York. Mercer was granted at least three finder patents, one being Patent No. 572,173 granted on December 1, 1896, specifically for the Iconoscope's design:

This December 1, 1896 patent date, followed by the serial number is seen stamped into the hoods of both examples shown here: 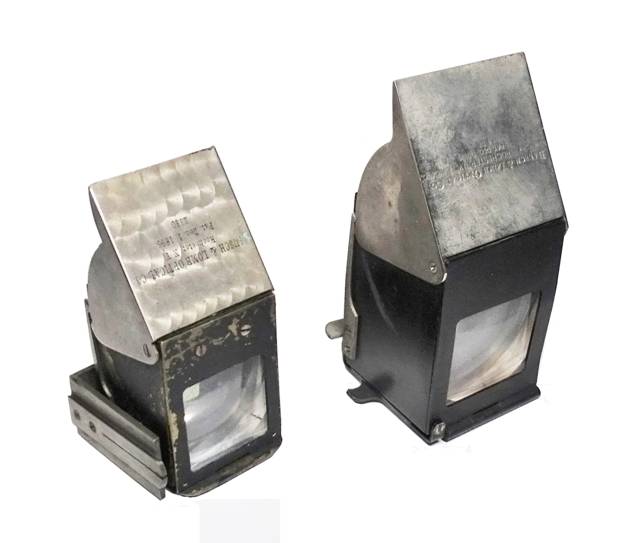 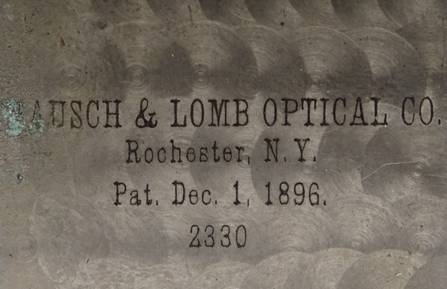 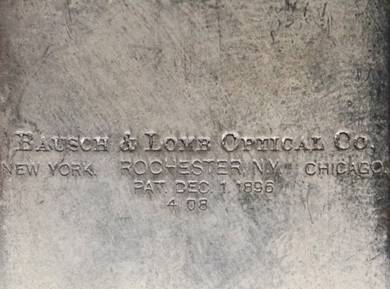 The medium sized finder has the Damascened nickel finish versus the larger size's plain nickel finish. These finders seem to share a standard 1/4" dove-tail mount, permitting the finder to be easily slid in or removed. Available in small, medium and large sizes to facilitate different formats, receiving mounts such as those found on the Premo Supreme were apparently tailored for a specific finder size to position the finder as close to the lens standard as possible. This seems evident, as while a small finder will fit a larger finder's mount, a larger finder will not fit a smaller finder's mount.

While the finder is reversible for either vertical or horizontal work, the pivoting arrangement differs in the two examples seen here:

None of Mercer's patents were initially assigned to Bausch & Lomb, and his connection to the company is unknown. However, Dr. Alfred Clifford Mercer (1855-1928) was Professor of Clinical Pediatrics at Syracuse University, where he followed in his father's footsteps. His father, Alfred Mercer, was also a doctor and per the website Find a Grave he "graduated from Geneva Medical College in 1845 and in 1853 moved to Syracuse. When Geneva Medical became a department of Syracuse University in 1872 he was invited to teach and accepted the chair of minor and clinical surgery until 1884".

According to The Observer, A Medium of Interchange of Observations for all Students and Lovers of Nature, Volume VII, 1896, Dr. Mercer was President of the American Microscopical Society. In its profile of him, it stated that "His father, Dr. Alfred Mercer, was, so far as is known, the first physician to use the microscope professionally in central New York."  Being exposed to the influences of his father and of the renowned optician Charles A. Spencer and others in the field, no doubt stoked Mercer's interest in microscopes, eventually leading him into how things were viewed photographically.

The Iconoscope Finder appears in Rochester Optical Company's 1901 Premo Cameras catalogue as a standalone item. By 1902, it was standard equipment on the Premo Supreme camera introduced that year, the finder probably being most associated today with this particular camera. Well constructed with a beautifully finished hood in the same Damascened pattern as the Premo Supreme's hardware, it was no wonder that this top-of-the-line self-casing camera would be fitted with the most advanced finder of the day: 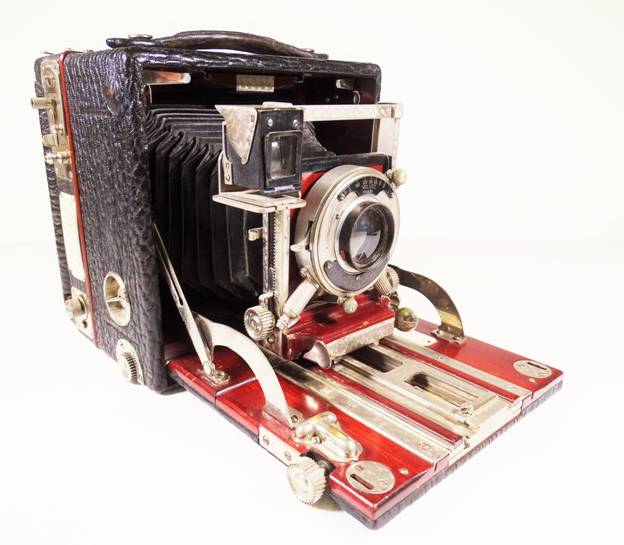 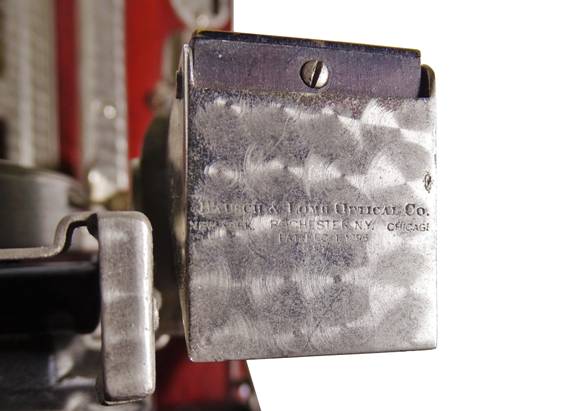 By 1903, Rochester Optical still offered the Iconoscope as a separate item, but by 1904, it was no longer offered separately but would still be found on the Premo Supreme through the end of its production in 1908.  Still offered by Ralph J. Golsen in one of their catalogues of Lenses and Apparatus believed to date to 1908, by 1909, the Iconoscope (along with the Premo Supreme), disappeared from Rochester Optical's catalogues as well as those from other photographic suppliers.

A progressive improvement for its time, the Iconoscope Finder is found most often today, either mounted on a Premo Supreme camera or loose, as the examples shown here were found. I've seen maybe one other camera that was equipped with one, which is surprising given that the Iconoscopic was made for at least nine years.

For more information on the Premo Supreme camera, look for it under the "Antique Cameras" section of this website.