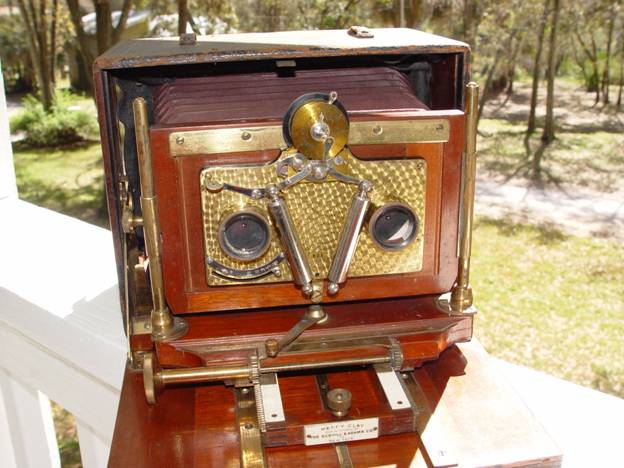 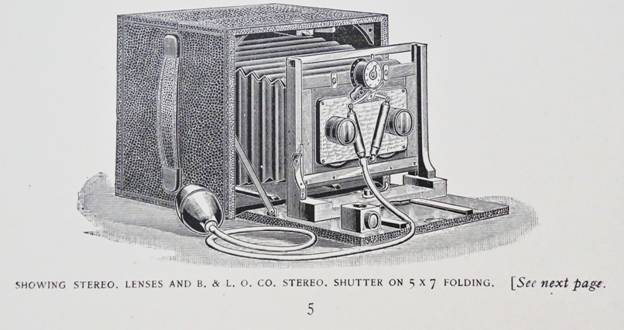 Reference to the Stereoscopic Shutter is also seen in Bausch & Lomb's Catalogue of Photographic Lenses, Shutters, Prisms for June,1894, as well as in The Kodak Manual for the No. 5 Folding Kodak, also dated June,1894.

The Stereoscopic Shutter is often incorrectly referred to by collectors as a "Stereo Iris Diaphragm", no doubt due to the use of the same speed dial, valves and external linkage found on Bausch & Lomb's Iris Diaphragm. Even an advertisement for the Stereo Montauk in Gennert's 1900 catalogue mistakenly referred to it as a "Bausch & Lomb Diaphragm Shutter".

However, the Iris Diaphragm's 8-pivoted blade integrated shutter and iris configuration, had now been replaced with a 2-blade shutter and an independent iris control on the Stereoscopic.  Per Bausch & Lomb's June,1894 catalogue, the shutter blades were available in at least two forms:  A - blades with a diamond shape forming a square opening, and B - blades that opened with a horizontal parallel opening over the entire diameter.  Unless specified, form A was standard. The shutter had a capability of speeds between 1/100th of a second and three seconds, and could be released manually or pneumatically with a bulb.

There were two versions of the shutter, which I've designated as the Original Model and the Improved Model.  The Original Model from 1893-1900 was equipped with separate wheel stops for each lens, each requiring individual adjustment.

By 1900, an engraving for the Ray Stereo Camera and an engraving for the Stereoscopic Premo in the Sweet, Wallach & Company catalogue for 1901, are both shown equipped with the Improved Model Stereoscopic.  This Improved Model now had apertures that were linked through a single sliding lever on the shutter's face, permitting both to be adjusted simultaneously.  If engravings are any indicator, the changeover occurred about 1900, and by 1902 the Stereoscopic seems to make its last appearance in camera manufacturer and photographic supplier catalogues. However, as has been experienced with some cameras and shutters of the 1890's, engravings were not always updated. As such, the transition to the single lever aperture control may have occurred prior to 1900.

At least three patterned finishes are known, and there are probably variations, even to these.  The three basic patterns are:  engine-turned, mottled and scarified-line: 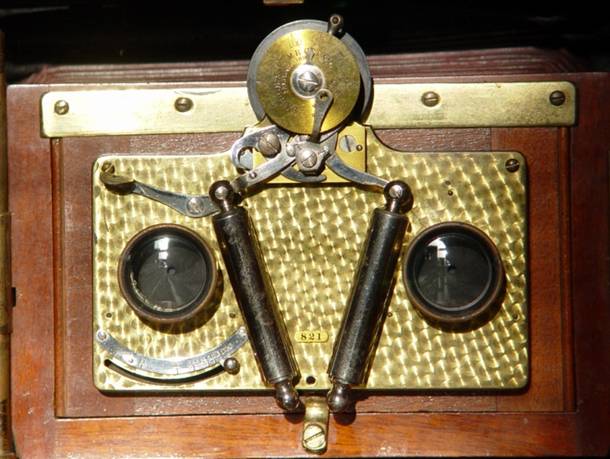 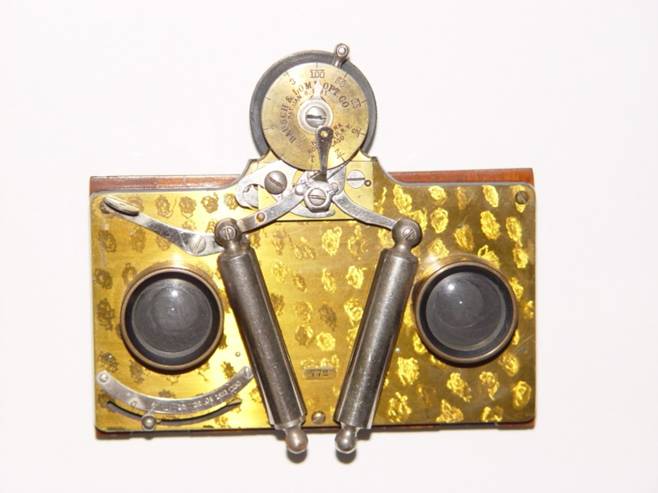 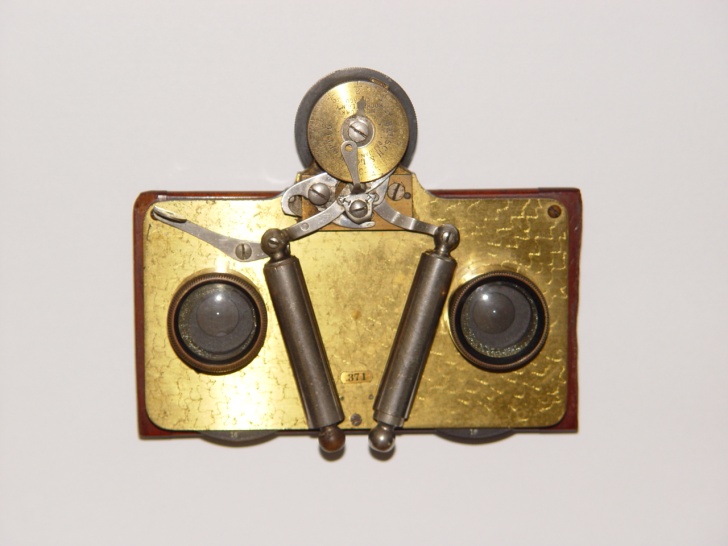 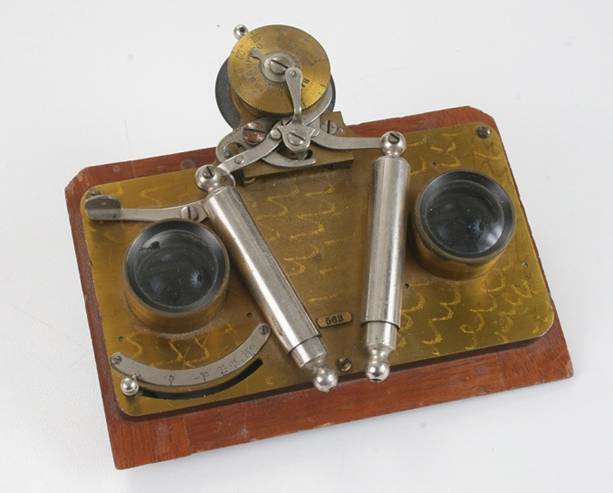 All three patterns have been found on the Improved Model, and the scarified-line has been seen on the Original Model, at least.  The scarified-line pattern seems most similar to the engraving in Bauch & Lomb's 1894 catalogue, and based on the majority of Original Models I've seen, this pattern seems to dominate.  Conceivably, aluminum versions of the Stereoscopic could exist, since Bausch & Lomb's Iris Diaphragm had been produced in aluminum as early as 1893.

Serial numbers on the earliest versions appear as an engraving on the face (No.'s 52 and 92 have been seen on EBay, engraved in this fashion), whereas later versions contain the serial number on a separate plate affixed to the front. The Stereoscopic was offered as standard equipment on the Henry Clay Stereoscopic models of 1898-1899, the Stereo Montauk of 1900, and can be found on other stereo cameras of the mid-to-late 1890's.

Coveted by collectors, the Stereoscopic is truly one of Bausch & Lomb's most beautiful and enduring products.