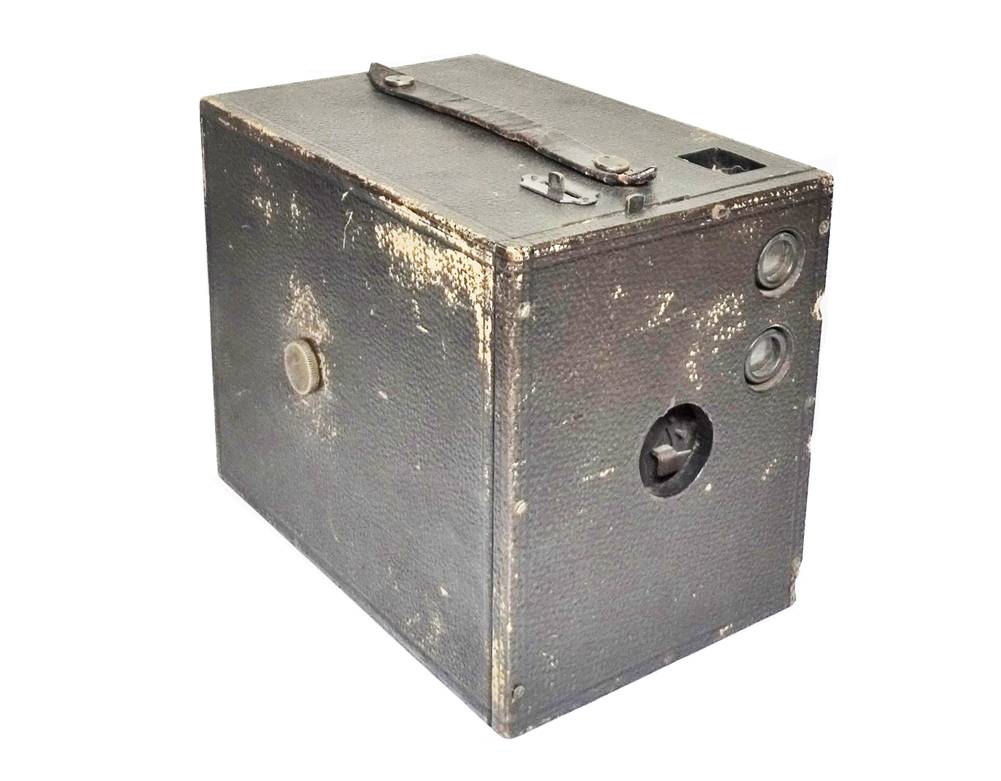 This particular example retains its Boston Camera Mfg. Co. paper label which has been partially overlaid with an Eastman Kodak label. This indicates the camera was probably built just prior to Eastman's acquisition: 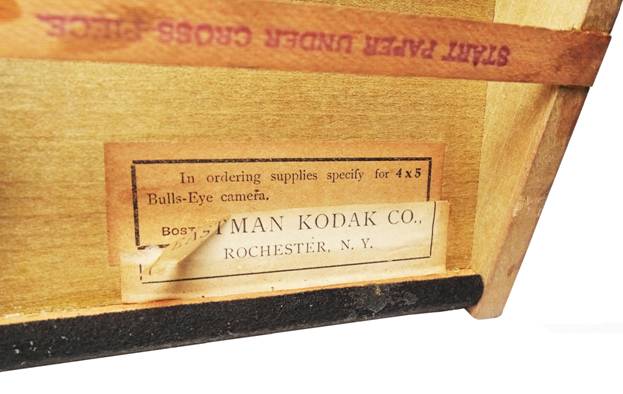 This same camera with some repositioning of the viewfinders, would later be offered as the 4x5 Buckeye (or as the No. 2 Buckeye, 4x5, in E. & H.T. Anthony & Company ads) by the American Camera Manufacturing Company: 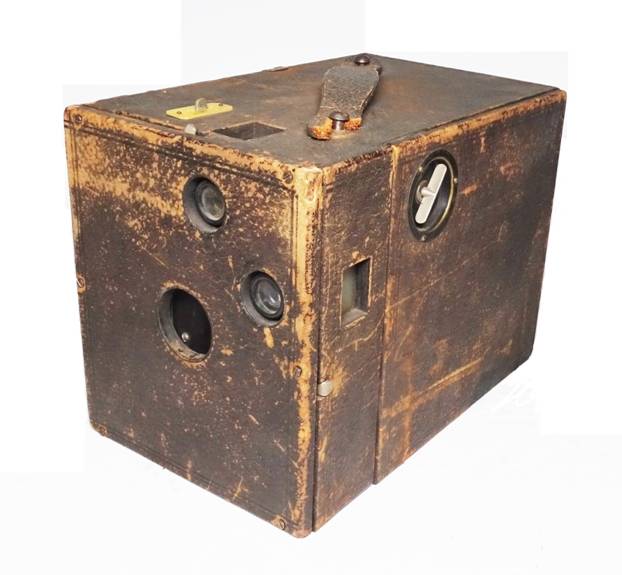 No. 2 Buckeye, films only model

It's unknown as to whether Boston's 4x5 Bull's-Eye was ever offered with a plate back option, similar to their Bull's-Eye Improved "Special" in 3-1/2 x 3-1/2. However, by 1900, Anthony who was marketing American Camera Manufacturing Company's Buckeye line was offering such a camera as the 4x5 Special Buckeye, with one holder for $16.00.

Boston's advertising is somewhat confusing, with their May, 1895 ad below stating the 4x5 as being "Improved" (Figure 1), but with no plate back option reflected, as in the Bull's-Eye Improved ("Special") in Figures 2 and 3: