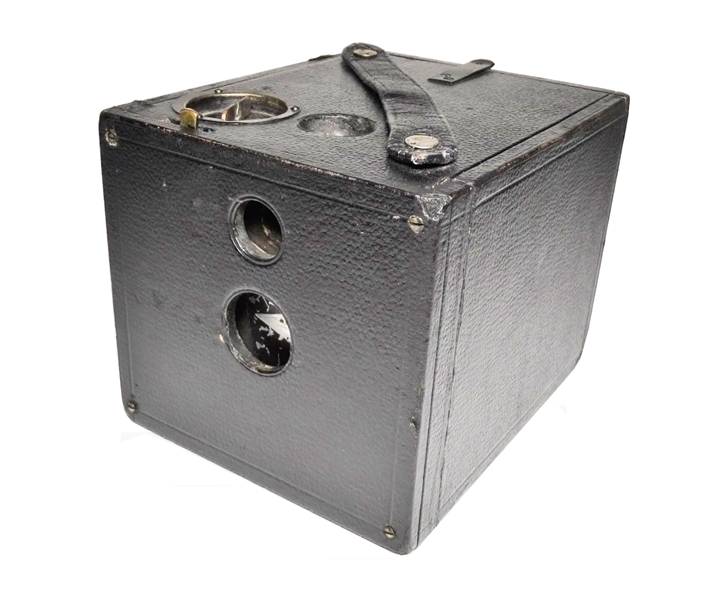 One variant of Boston's Bull's-Eye based on its general design, is actually a distinct model referred to in Boston Camera Manufacturing's 1895 advertisements as the Improved "Special". This camera appears to be the last iteration in the 3-1/2 x 3-1/2 Boston Bull's-Eye's history.

As noted in The American Amateur Photographer, Volume VII, No. 5 for May, 1895, "models of the improved Bull's Eye cameras" were exhibited at the Annual Exhibition of the Boston Camera Club held April 3-20, 1895. The report went on to state that "It will be noticed that the old idea of sliding one part of the camera, telescopic fashion, within the other is done away with, and the sides of the outer case, formerly rigid, are now hinged, thus saving weight and space. The danger of having more joints than formerly where light might enter the camera, is overcome somewhat by the use of a strip of black guard paper on the back of the film."

This "telescopic fashion" was in reference to previous versions of the 3-1/2 x 3-1/2 Boston Bull's-Eyes, such as the Ebonite example below, which were all constructed with a top and center section that separated from the bottom shell to facilitate loading: 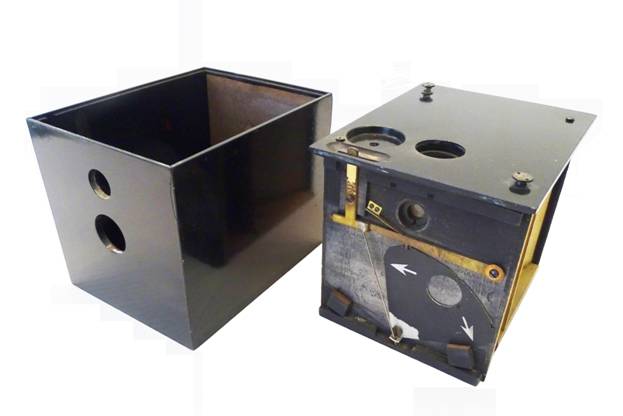 The Improved "Special" was constructed with leather-hinged side panels that swung out, along with a removable back panel. This particular model could also be used with an accessory back that replaced the standard panel with the D-shaped window. This permitted the use of glass plate holders rather than roll film: 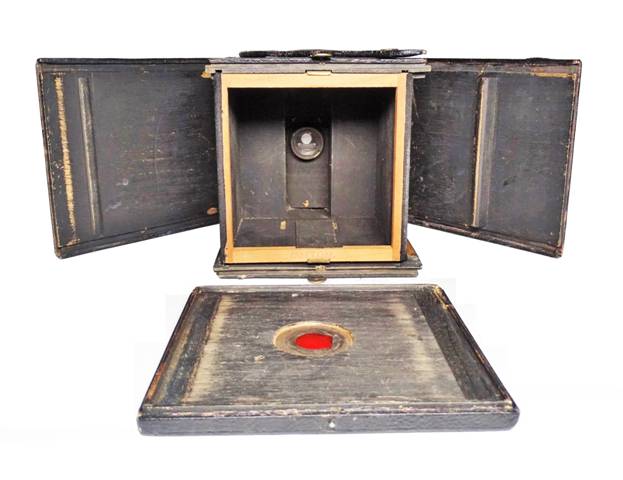