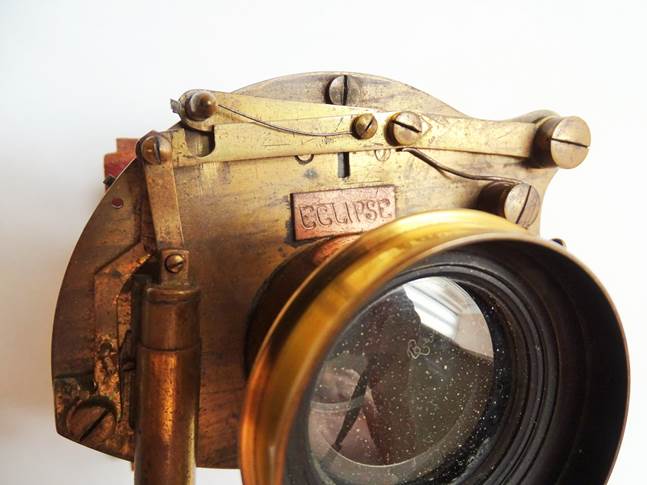 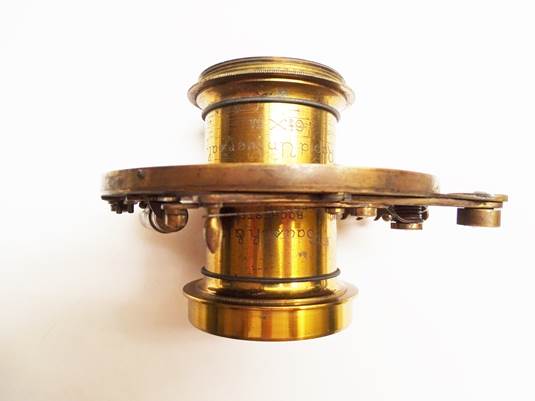 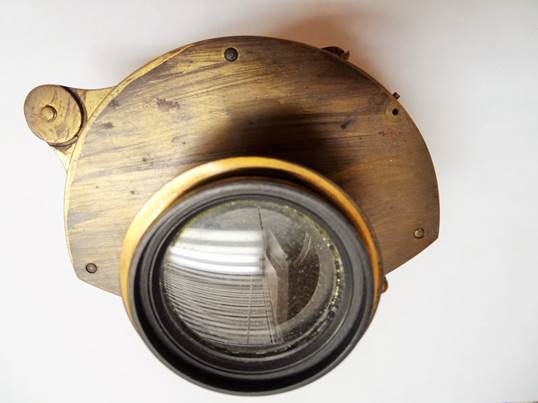 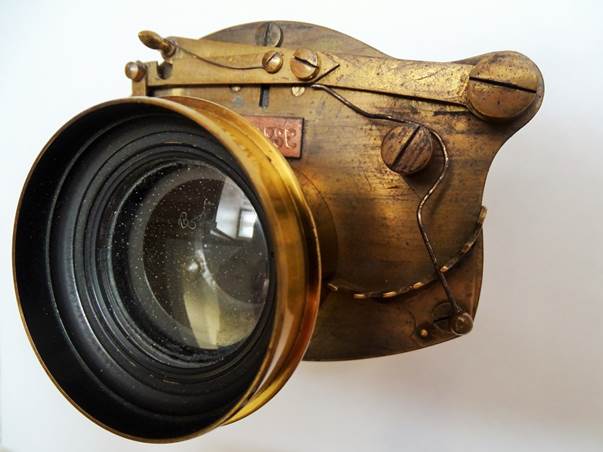 At first glance, this shutter appears to be a Prosch Duplex or Triplex, for which it shares many similarities.  It differs in several aspects, being emblazoned with the name "Eclipse" and having an unusual extension beyond the normal arc of the faceplate from which the linkage arm pivots.

When acquired, this shutter was mounted on a Rochester Optical Company King Camera (1895-1903), part of an outfit including a field case, tripod, plate holders and Waterhouse stops. If it was built by Prosch, it could certainly have spanned the production range for the King.

One could guess this to be one of Prosch's last shutters, capitalizing on the use of their old name.  However, the construction and finish are somewhat dissimilar to that typically found on Prosch products.  It's also doubtful the Eclipse name would carry any marketing value, ten years after its discontinuance.

One might also suspect this to be a knockoff, again trying to capitalize on Prosch's reputation.  Irrespective of whether It could have been an earlier copy during the Triplex's emergence (1889) or towards the end of its production run (1901 or so), neither makes sense.  Based on the likelihood of a very limited market share, and the prospect of a legal challenge, who would venture into manufacturing this shutter......yet here it is.

Most collectors associate the Eclipse name with the E.I. Horsman Company of New York, as applied to their cameras, outfits and other photographic supplies.  However, they are not known to have manufactured shutters.

This is the only example of the "Eclipse" we've encountered.  We would like to hear from anyone who can shed more light on it, or to render another opinion.