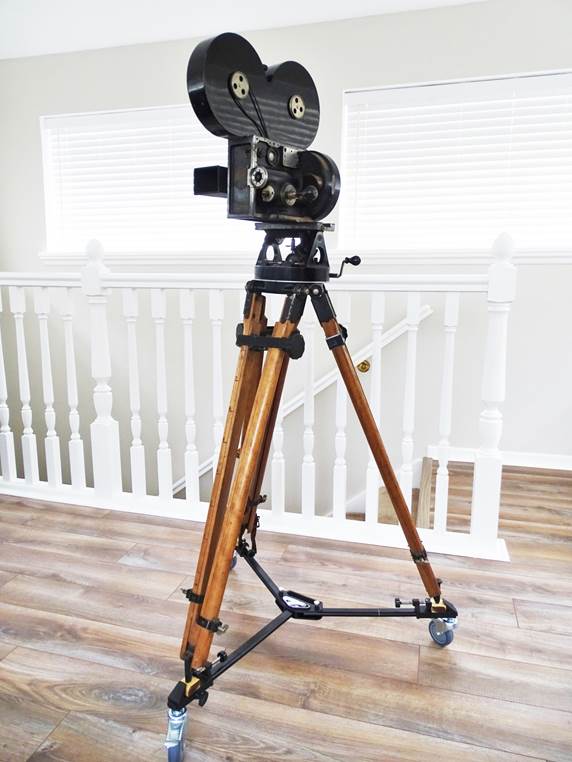 Professional motion picture tripod for the Bell & Howell 2709 camera.  This tripod has been found in a Bell & Howell's Standard Cinematograph Camera catalogue from the early 1920's, listed as the "Bell & Howell Tripod with Combination Panorama and Tilting Head Design No. 5057".  The tripod, having cranks to adjust the tilt and pan, can be found in Bell & Howell ads as early as February 1, 1922 and as late as May 1931. The Bell & Howell was in use, alongside tripods by other makers that used the earlier two-crank system.  By 1930-1931, tripods with a single handle to control the tilt and pan came into use.  These included the Akeley Gyro, Trueball Tripod Head and the Mitchell Friction Head.

Cameraman Jackson Rose, ASC, is seen using one of these tripods about 1912, during his early days with Essanay Film Manufacturing Company, Chicago.  Bell & Howell had already introduced it by then, prior to the issuance of a patent covering its design.  Per their catalogue's wording, "the tripod was designed by us to meet a growing demand for a light, strong and exceptionally rigid tripod for use with motion picture cameras".  The catalogue goes on to state that the "Bell & Howell combination Panorama and Tilting Head was designed primarily for use with the Bell & Howell Camera, but may be made available for use with any cinematograph camera".  The 2709 motion picture camera is generally acknowledged to have been introduced in 1911/1912.  An ad in the American Cinematographer, July 1923, depicts Bell & Howell's tripod legs as having graduations identical to this example.  This probably narrows this its introduction to 1922/1923 at the earliest, if the illustrations were correct.  In a set still for La Boheme, 1926, large knobs with upper leg brackets can be seen on the tripod in use, identical to those shown in Bell & Howell ads from the same year. This is in contrast to earlier tripod versions that had no upper leg brackets and utilized the same wing-style knob arrangement on both the upper and lower leg sections. Based on the features outlined, the tripod most likely dates to the 1922-1926 period +/-.

Per Bell & Howell's Standard Cinematograph Camera catalog, these tripods were constructed with aluminum to reduce weight, and the legs were made of maple.    Although Bell & Howell's tripod could be used with other professional cameras of the time, this one is equipped with the 2709's special trapezoidal-grooved rack over mount.   Most surviving examples of this tripod are generally found in worse condition, missing parts or having non-factory legs (also referred to as "sticks").   This tripod's nameplate retains much of its original plating, displaying the serial number and "Pat. Appd For".

Today, early Bell & Howell professional equipment ranges from the very scarce to the very rare.  Factory tripods have proven as hard to acquire as the 2709 camera, if not more so, since they are rarely encountered.  An example such as this one can be considered extremely rare, since it's completely original and in outstanding condition given its age and the era it was used in.  Like other cine manufacturers of the period, most of Bell & Howell's early cameras and equipment were heavily used and modified.  Finding original, unmodified examples in excellent condition is extremely difficult. 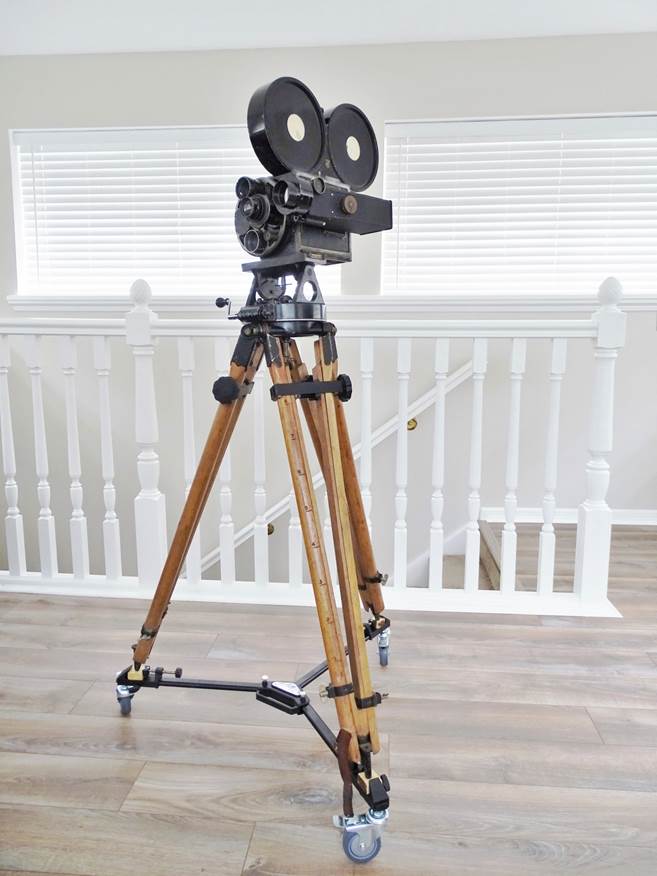 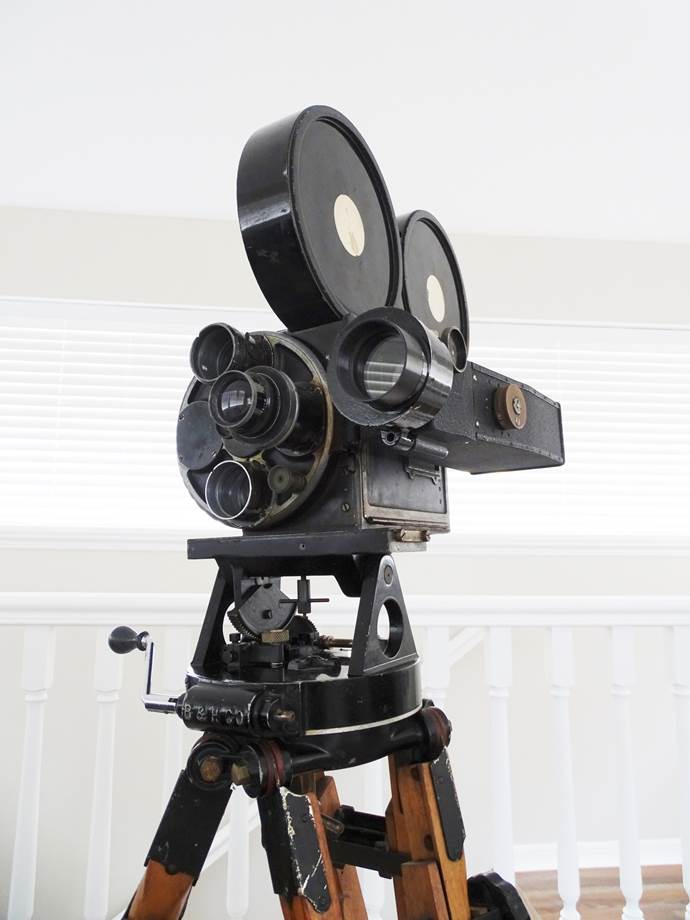