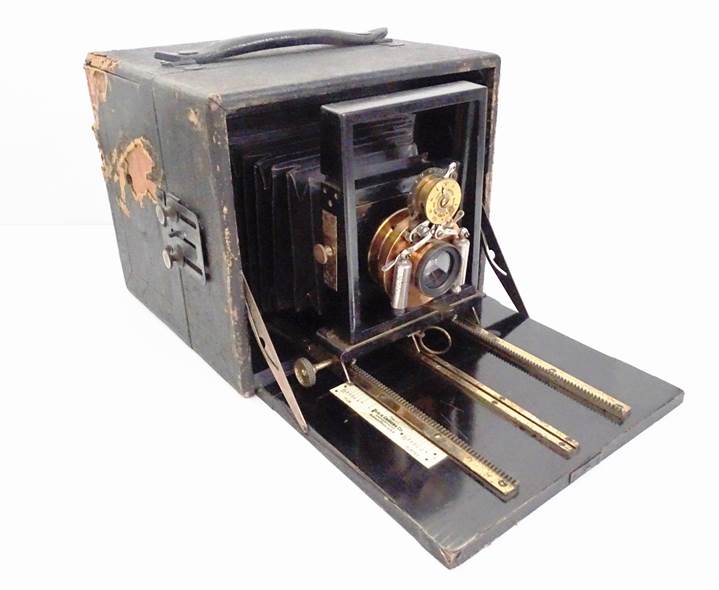 Introduced in 1892 alongside the 5x7 Folding Hawk-Eye, No.1, the Folding Hawk-Eye, 5x7, No. 2 appears in the Illustrated Catalogue of Blair's Hand Cameras and Films  for July 1893.  Like the 5x7 Folding Hawk-Eye, No. 1, it was capable of holding three of Blair's Feather-Weight Holders or using a 50-exposure roll holder.  I've designated this camera as the Model of 1892, to distinguish it from the later Model of 1894 with a revised lens board frame design.  The Model of 1892 was probably being manufactured into mid-1894, but by September, 1894, E. & H.T. Anthony & Company began marketing it in their Illustrated Catalogue of Photographic Equipments and Materials for Amateurs with an abbreviated lens board frame.

The No. 2 was equipped with a double sliding front, as specified in Blair's catalogues.   As such, the lens board was capable of moving side-to-side or up and down.  Inside the camera's top door can be found patent dates of March 29, 1887 and May 20, 1890. 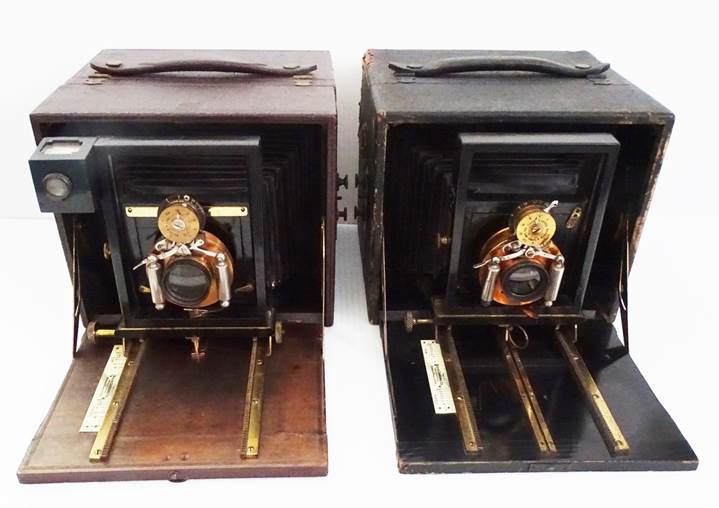 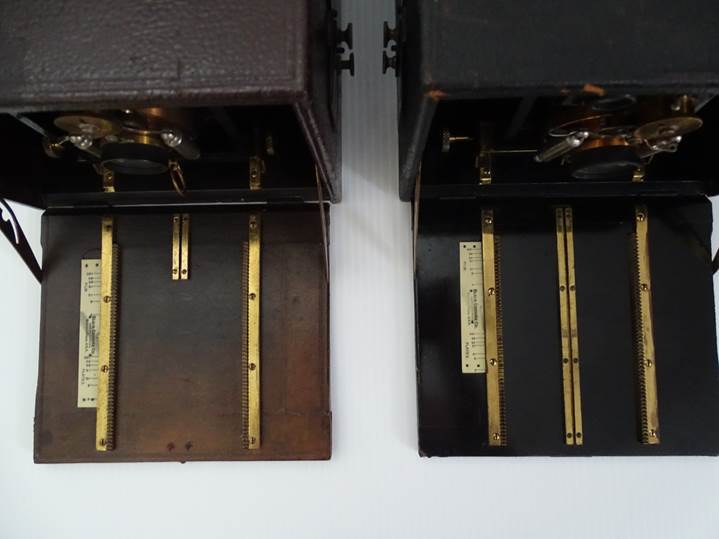 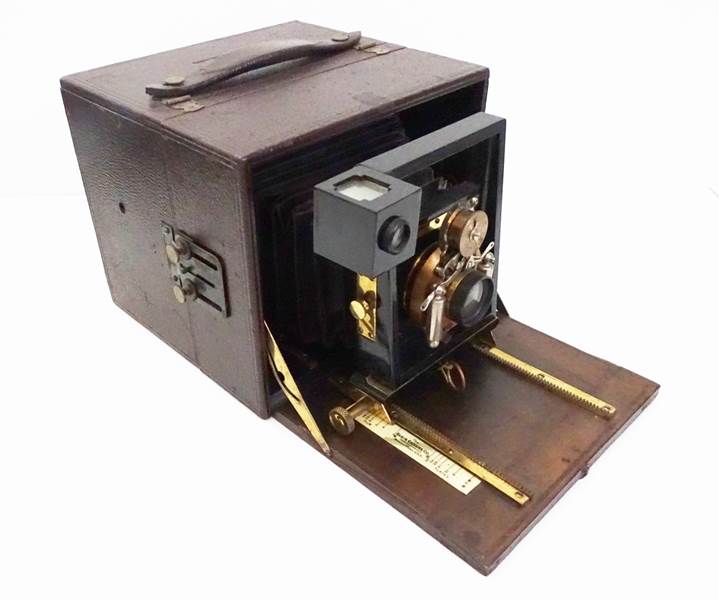