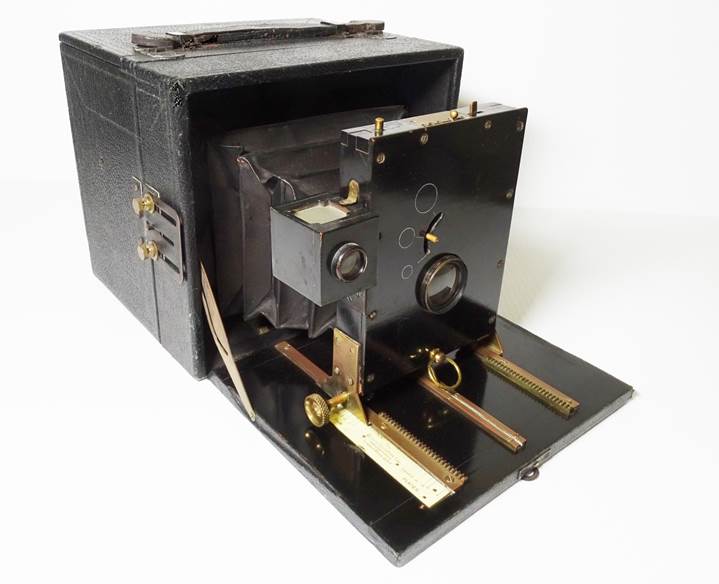 From the Ronald F. Giovannelli Collection

Introduced in 1892, Blair's 5x7 Folding Hawk-Eye, No. 1 is seen in Blair's Illustrated Catalogue of Blair's Hand Cameras and Films  for July 1893.  Capable of holding three Blair Feather-Weight Holders, it could also accept a roll holder with a 50-exposure capacity.  The oxidized metal tab and knob arrangement, located on both sides of the camera allowed the rear frame to swing on either axis. This feature is found on all models in Blair's Folding Hawk-Eye series.  The No. 1 would remain in production through at least 1896, but by 1898, it no longer appeared in Blair's catalogues.

Hallmarks of Blair's Folding Hawk-Eye series are the beautiful French-polished ebony finished interiors, the large lens standard-mounted viewfinders and lacquered brass internal fittings. The No. 1 model's most distinguishing feature is its wood-encased shutter.  Per Blair's catalogue, the shutter was the same style as that found on their 1891 Hawk-Eye Camera (box detective style).    Inside the camera's top door can be found patent dates of March 29, 1887 and May 20, 1890: 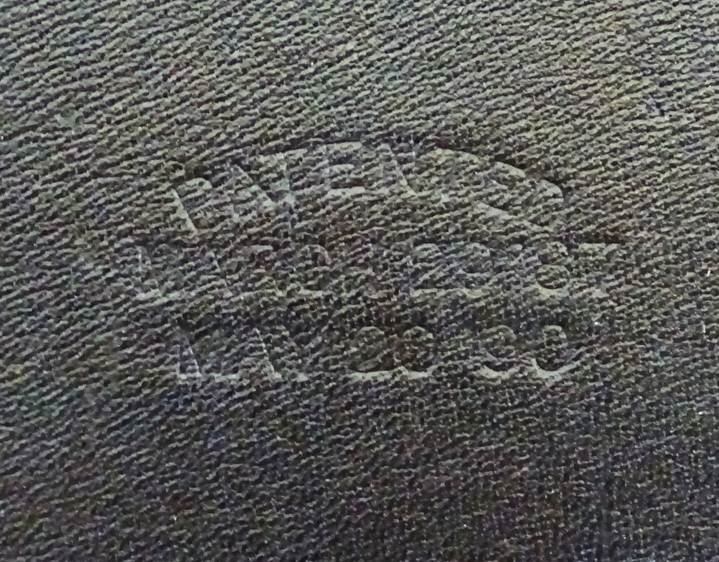 This example is in extremely nice condition, having been re-leathered by prominent collector and historian Mike Kessler.

Of Blair's Folding Hawk-Eye series, the No. 1 is much harder to acquire than the No. 2.  Collectors consider the camera to be very rare and few examples are seen today. 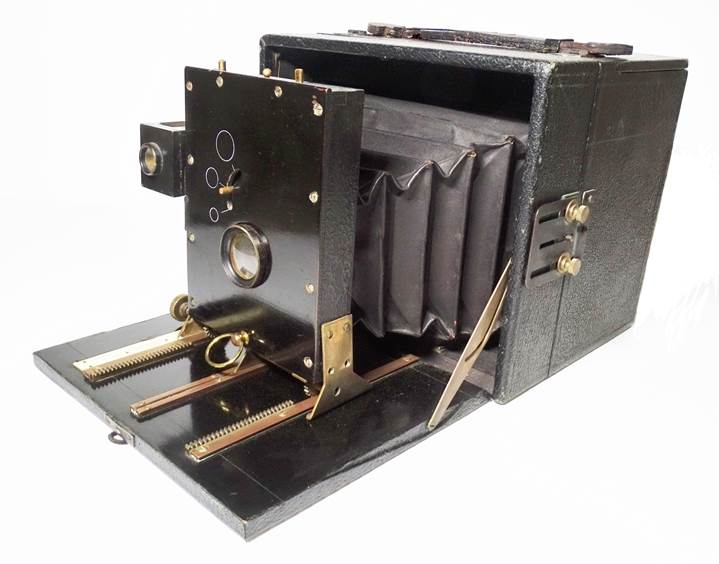 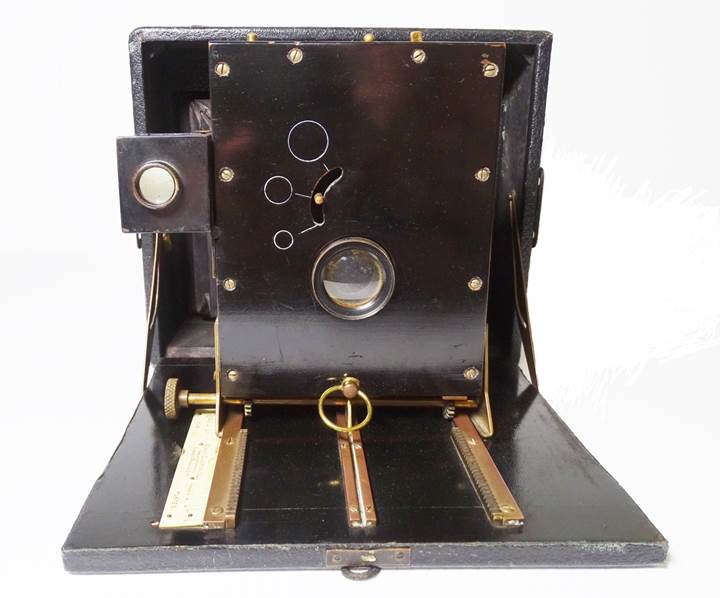 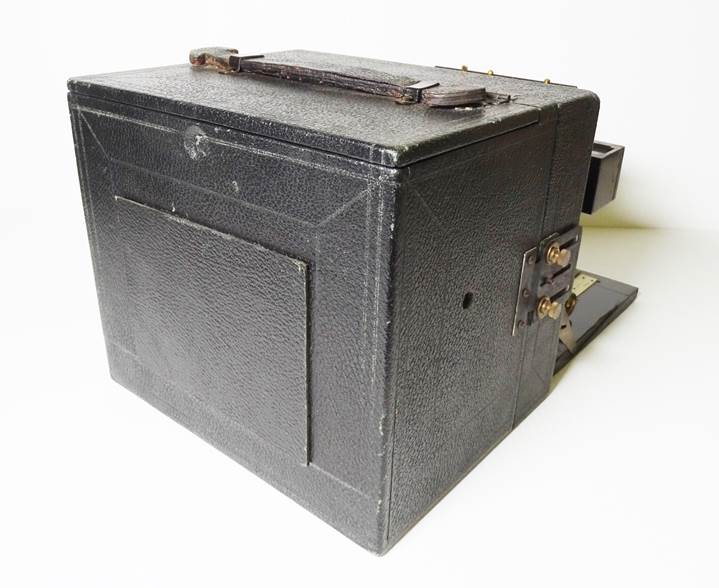 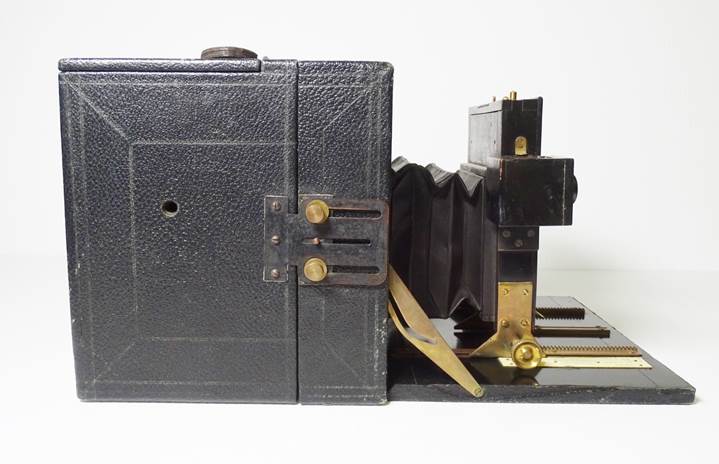 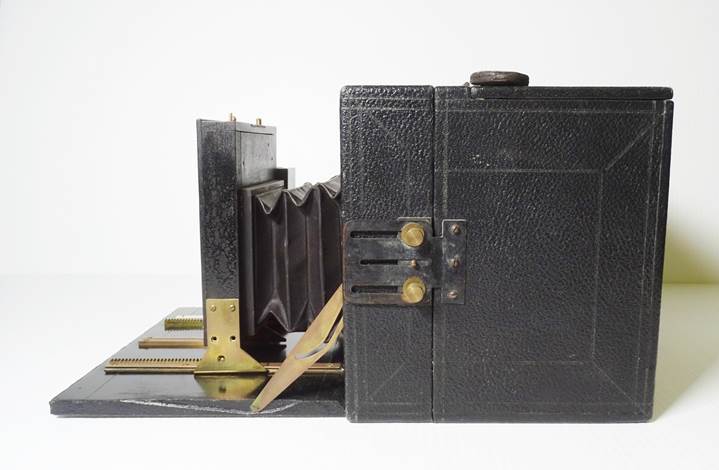