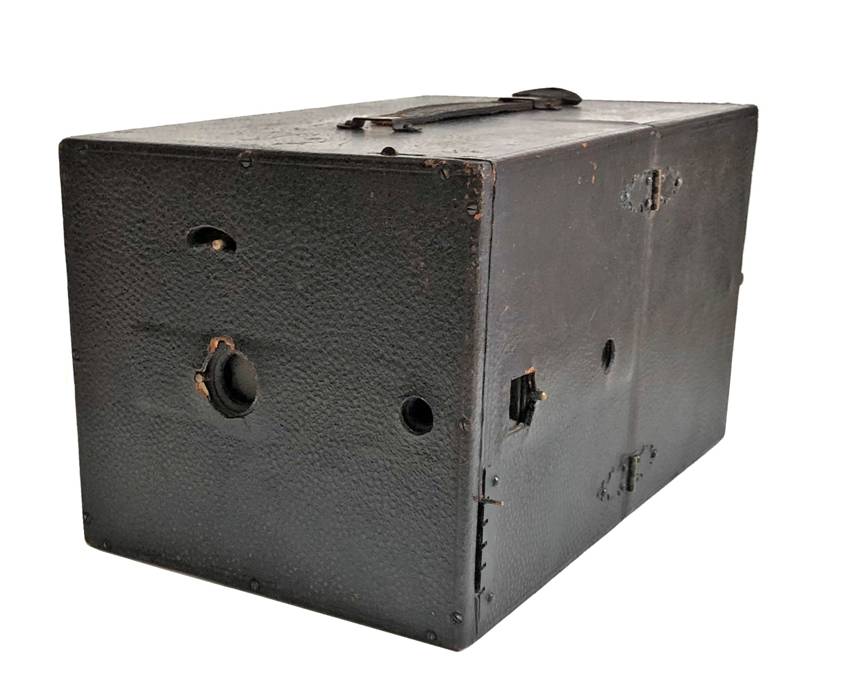 Boston Camera Company's Hawk-Eye Detective and Combination Camera is best known to collectors in its regular guise, having a natural wood finish. At least one ebonised version of the camera exists, along with several leather-covered examples, one of which is shown here.

Aside from its leather covering, the most significant differences from the natural wood finished Boston Hawk-Eyes are the sliding covers over the viewfinder and lens openings, and the lack of an internal flap (self-capping shutter) feature which is seen on most surviving natural wood finished versions. The internal flap's presence is indicated by its control lever and disk surround, located next to the shutter tensioning adjustment and the viewfinder window: 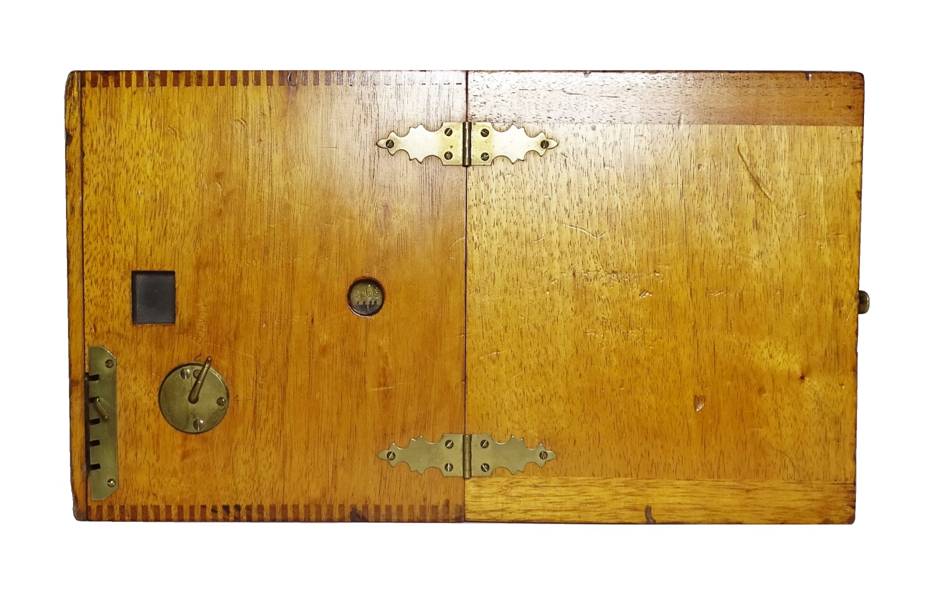 The 1889 advertisement below for the Boston Hawk-Eye Detective and Combination Camera, doesn't indicate a leather-covered option. It appears to depict the natural wood finished version, as the loading door's 3-panel design can be seen in the engraving. Also, the self-capping feature isn't reflected, suggesting that it may have been introduced later in production:

With a roughly two year production run, Boston's Hawk-Eye Detective and Combination Camera in any version is seldom seen today. Compared against the standard natural wood finished versions, ebonised or leather-covered examples are nothing short of very rare.

My Sincere Thanks to Antony Manthos for sharing this little seen version of the Boston Hawk-Eye from his collection.  Exchanges like this with other collectors helps to tell a more complete story, adds a new dimension or an update to what we've previously known, and allows us to see a physical example of a known (or sometimes totally unknown) camera or other photographic apparatus. 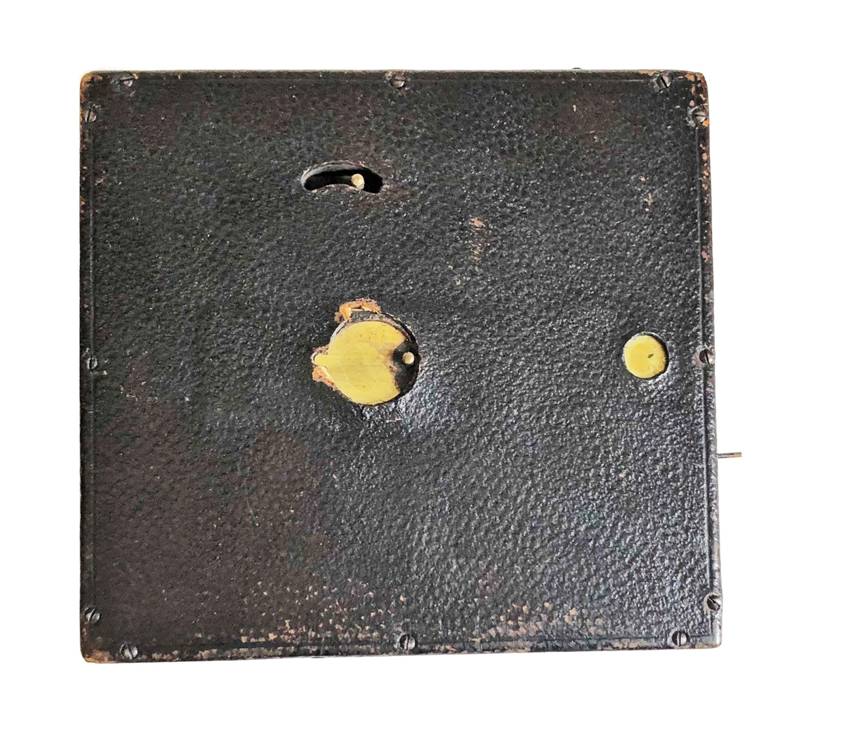 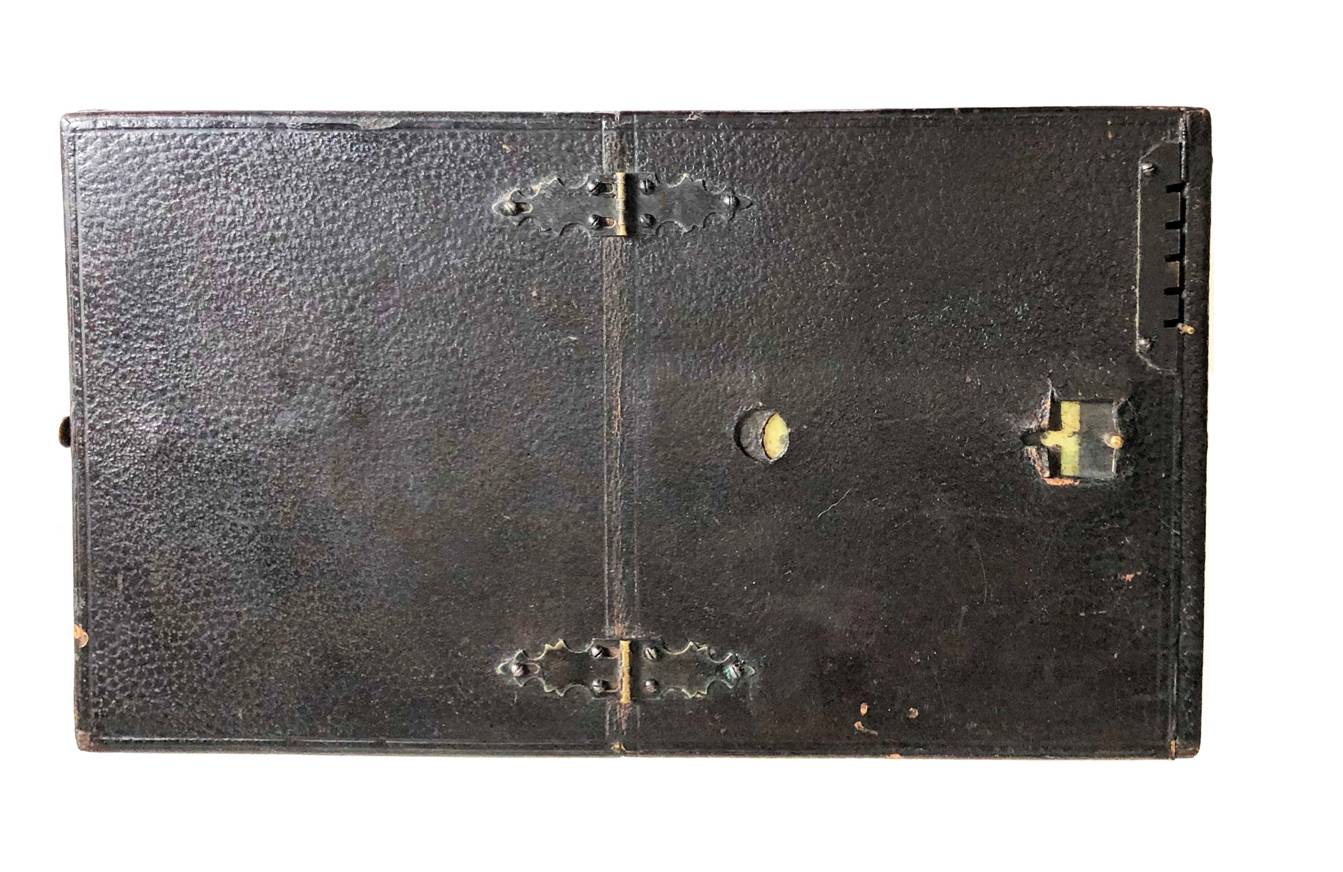 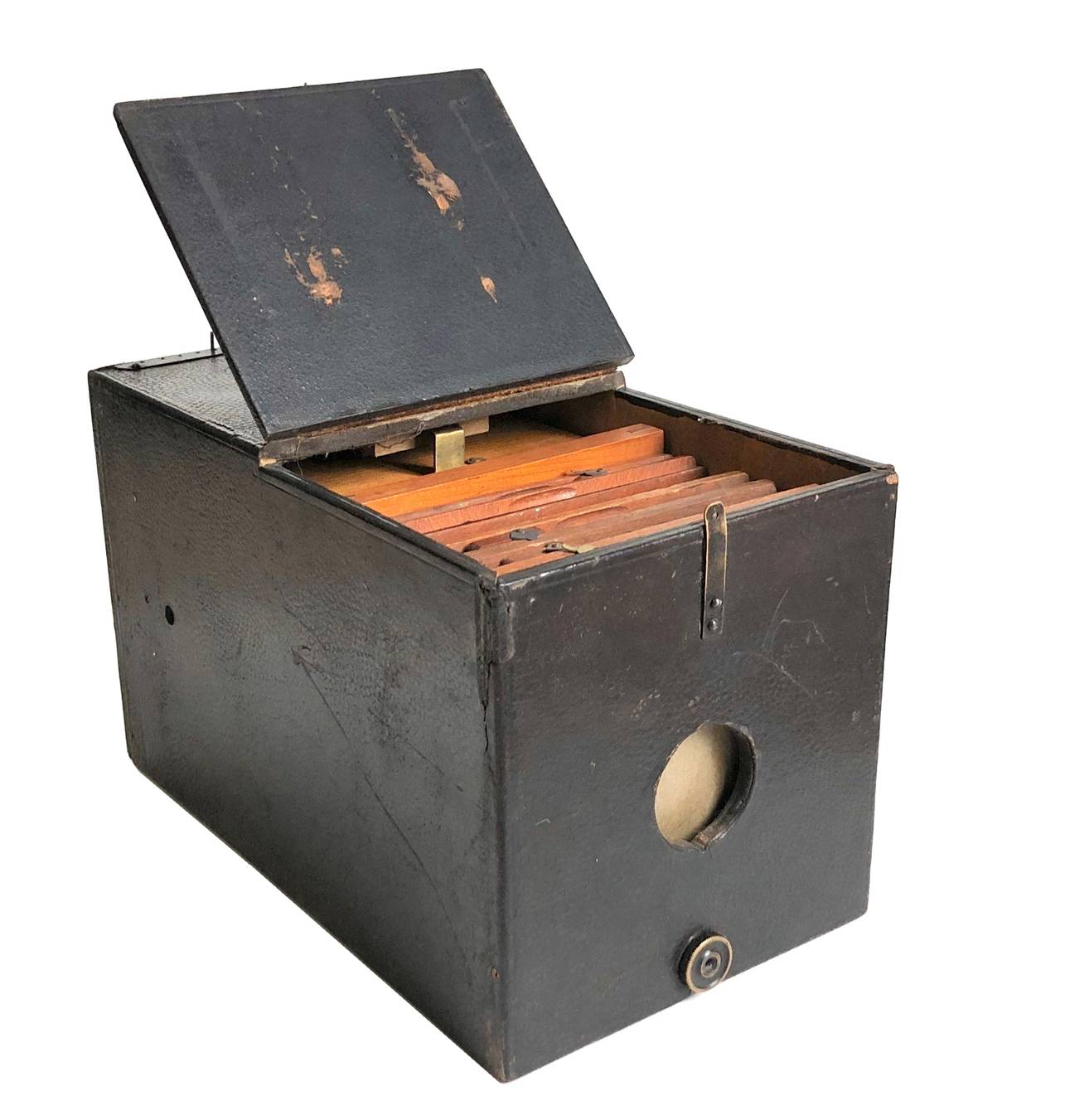