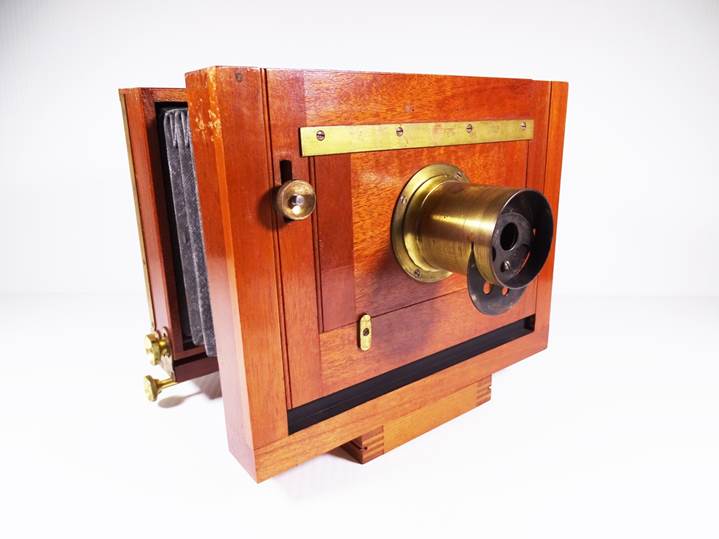 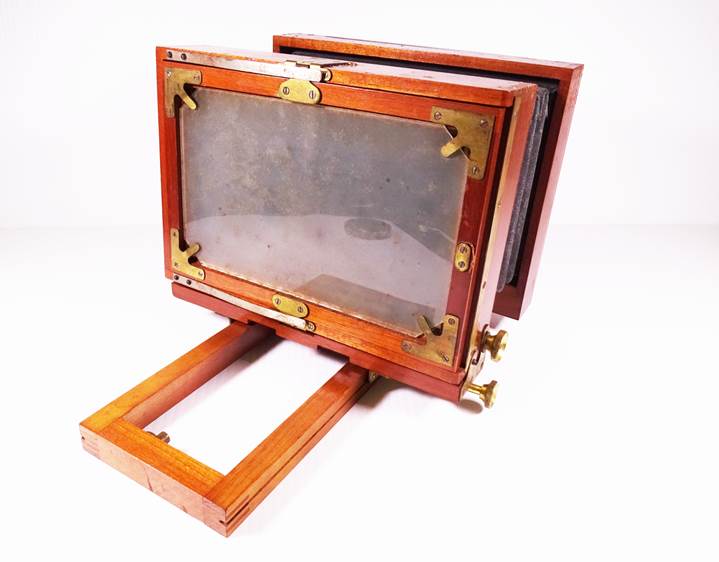 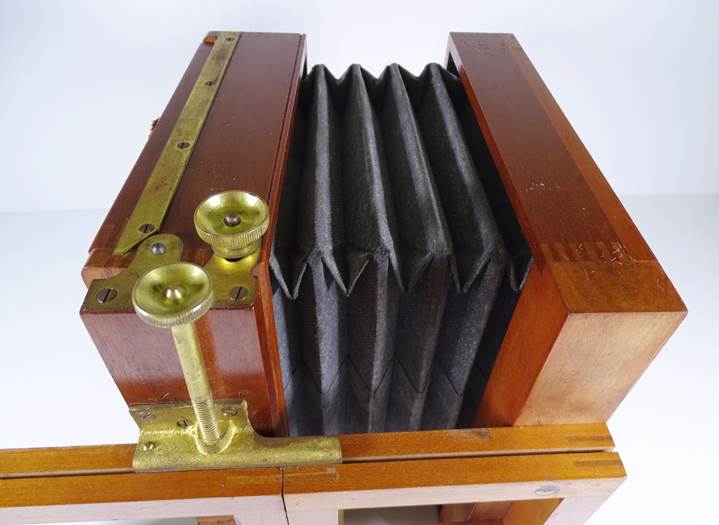 This Anthony N.P.A. Camera, Variation 3 in 5x8, may have been marketed by Franklin W. Putnam, New York.

When acquired, this camera came with a 64-page booklet entitled "Practical Instructions for Amateurs, How to Make Photographs by Franklin Putnam".  The booklet was issued by Putnam's "Photographic Emporium, 481,483,485 Canal Street, New York", a Third Edition, Revised and copyrighted 1889. Unfortunately, it contains only instructional text, with no engravings or advertisements for Putnam's products. 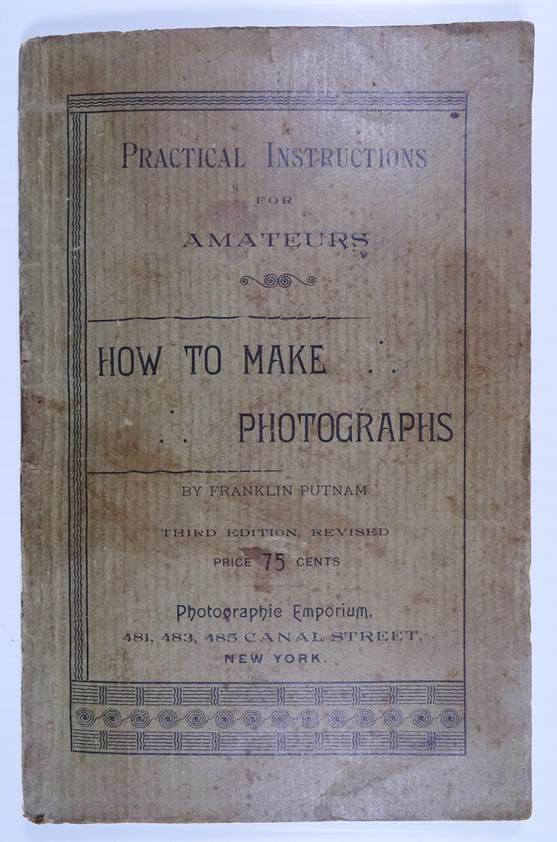 Practical Instructions for Amateurs, How to Make Photographs, 1889

Franklin W. Putnam appears to be listed for the first time in New York City, at 481 Canal Street in the May 1, 1881 Trow's New York City Directory, and in their subsequent directories through July 1, 1900. By July, 1901, Trow's Directory no longer lists Putnam.

Although unconfirmed as one in the same, a Franklin W. Putnam of Binghamton, New York, was granted Patent No. 626,008, May 30, 1899, for a "Combined Step and Guard for Carriages". He also held at least two other patents, Patent No. 1,087,979, February 24, 1914 for a tire deflation indicator and Patent No. 1,098,355, May 26, 1914 for an automobile hand crank safety lock. No photographic or other patents by this Putnam have been found so far. The 1900 and 1910 Census' place him in Binghamton, New York, at 395 Court Street. Records through Ancestry.com indicate this individual was born February 22, 1851 in New York, at age 4 lived in Colesville, Broome, New York (about a half hour from Binghamton), Occupation: own income, Spouse's name was Jane E. Putnam married in 1881, and that Franklin W. Putnam passed away on July 15, 1915 in Binghamton, New York. Binghamton is located about 150 miles from New York City.  This Franklin W. Putnam is buried in Spring Forest Cemetery, Binghamton, Broome County, New York, and his grave marker can be found on the Find A Grave website at https://www.findagrave.com/memorial/83245737/franklin-w.-putnam/photo

Research continues, and neither of these Putnams may be THE Franklin W. Putnam.  However, it's interesting to note that both had wives named Jane E. Putnam.

The N.P.A. Variation 3's production of approximately 1897-1900 coincides with Putnam's later years in New York.  As in the case of Putnam's well known "Marvel" camera that was manufactured by Scovill, this version of the N.P.A. has some minor construction and hardware differences from the standard Anthony model.  Although best known for the "Marvel", Putnam also marketed several other Scovill models under his name. He marketed Scovill's Antique Oak Detective as the "Putnam Hand Camera". Conceivably, he could have marketed Anthony products as well.  Most of the "Marvel" cameras I've ever encountered were in 5x8 like this N.P.A.; a very popular format of the period. The exception is the "Marvel" in 4x5 shown below, which is actually a Scovill Mfg. Company Favorite model.  It's constructed of white wood and bears the stampings of "F. Putnam, New York" and "Scovill Mfg. Co." with a "Marvel" overstrike. It's also interesting to note, that the two Favorites shown below (one stamped "Marvel" and the other stamped only Scovill) have slightly different heights: 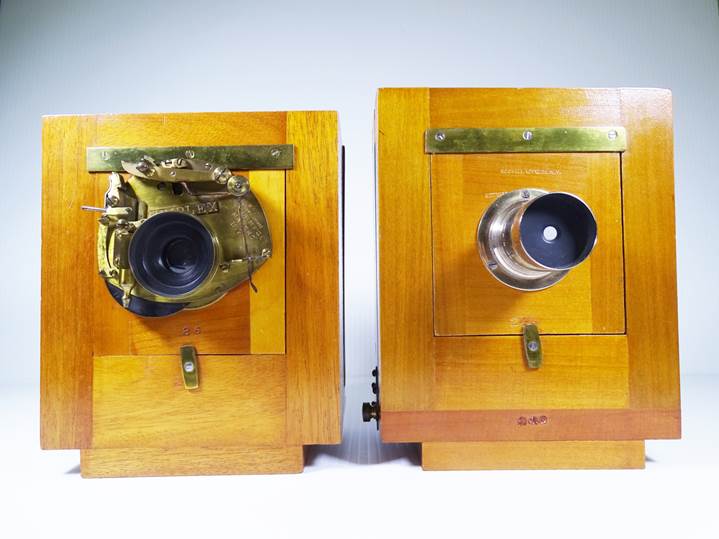 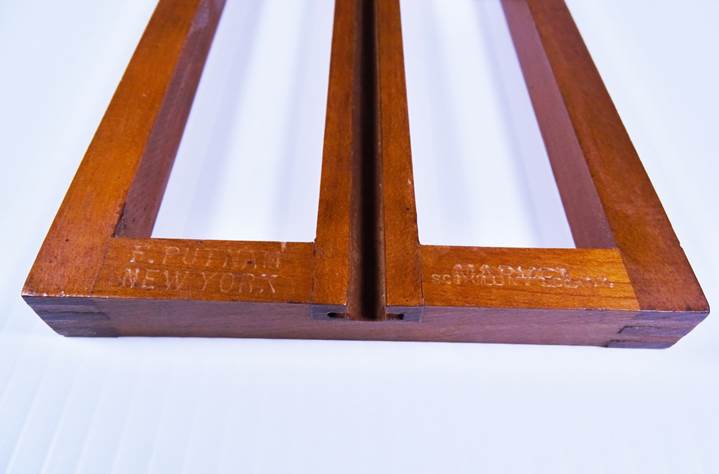 Other than the number 22 stamped at the rear bottom of the lens board frame, this Anthony N.P.A. camera has no other markings.  Numbers such as this are generally considered to be an assembly rather than a serial number, although the number 22 is not found elsewhere on the camera.

The lens is marked "E. & H.T. Anthony & Co., Single Achromatic".  Other than Anthony's Single Combination Lens (a cone-style of which many are marked "Achromatic"), this Single Achromatic lens is not shown in Anthony catalogues.  It may have been of lesser quality than Anthony's renowned "EA" lenses.  In some cases, simple or less expensive lenses and shutters were not offered singly in catalogues, only being available as installed on a camera. 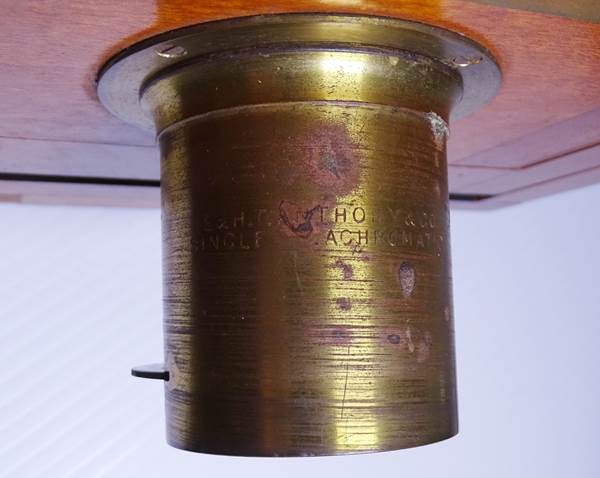 Possibly a Putnam camera, or maybe just another Anthony N.P.A. (or part of an O.N.A. Equipment outfit) that just happened to be accompanied by Putnam's instructions.  It's really odd though, for two reasons:

Most Anthony field cameras I've ever seen are marked with nametags, name stamps or patent dates, and none of these are found here. Anthony's catalogues stated that the N.P.A. was the same camera used in their O.N.A. Equipment, the O.N.A. camera having a "fine single achromatic lens" which is reflected in catalogue engravings to be Anthony's Single Achromatic "cone" lens.  Had O.N.A. Equipment been a cheaper line, this N.P.A. might fit the pattern with its economy lens.  But the O.N.A. was apparently first-rate equipment.

Secondly, all the "Marvel" cameras I've encountered (maybe six or so) were all stamped "Marvel" with the F. Putnam name.

We would be interested in anyone's opinions, on the speculation here regarding this camera or its lens. 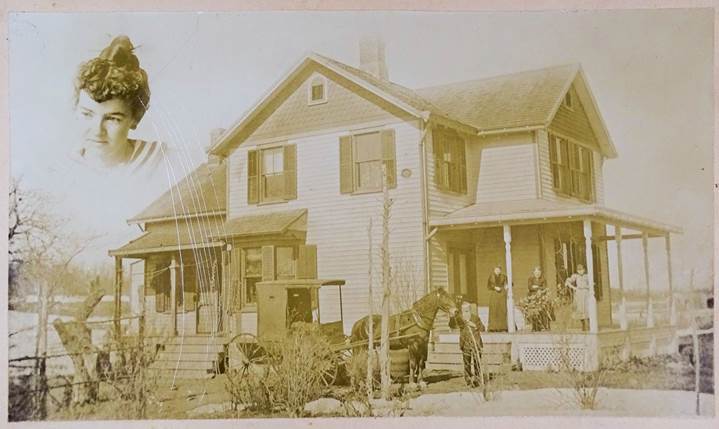 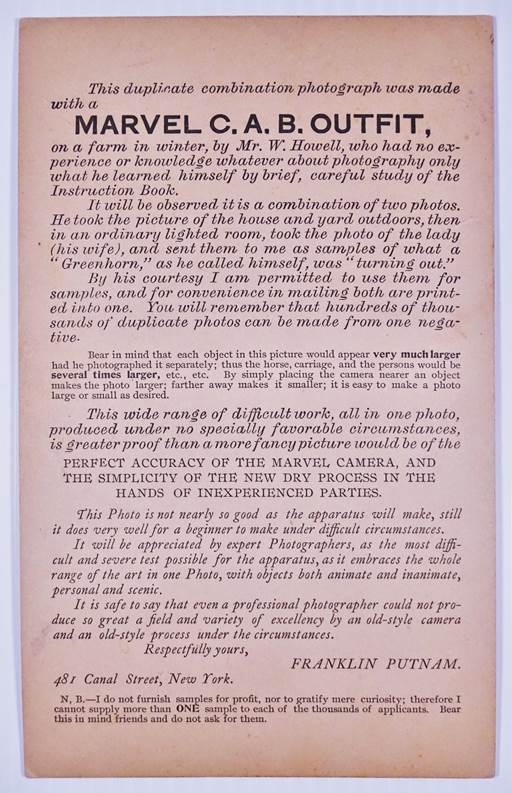 Back of Putnam's promotional photograph