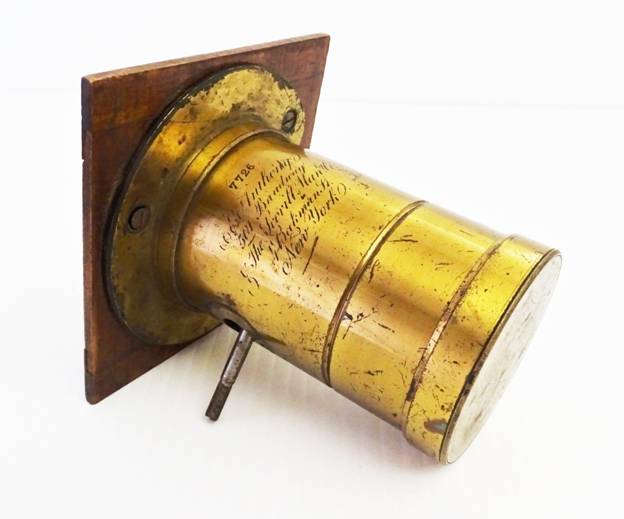 The lens measures 5" in height, with a 2-1/4" barrel diameter. Although mounted as shown on a 4x4 lens board, having a cut flange would have allowed it to be mounted closer to another lens.  This suggests that it was part of a stereo pair at one time.  Although the focus knob and mount are missing, the outline shows the mount was circular: 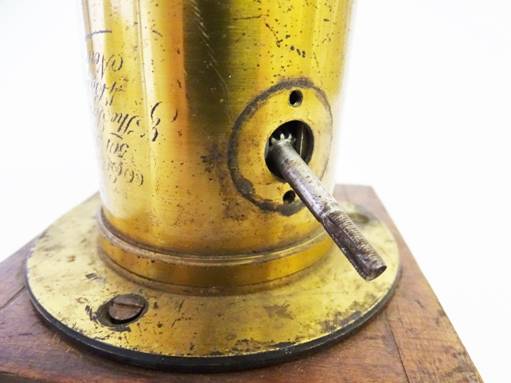 Radial drives with circular drive mounts began to appear on American lenses from the late 1850's to the early 1860's, which corresponds to the late daguerreian/early wet-plate period: 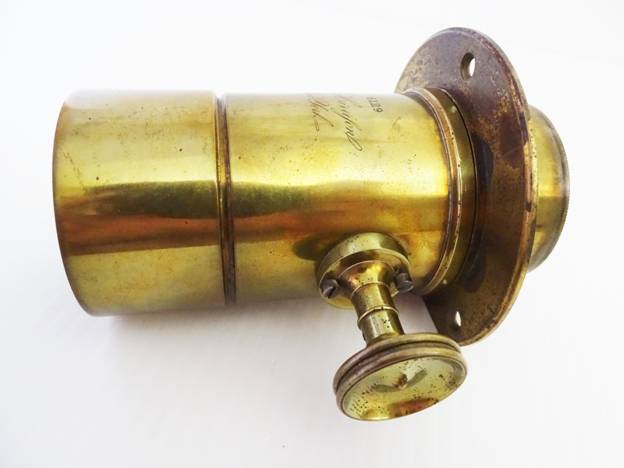 With its lens shade the same diameter as the barrel, the E. Anthony's style is like the C.C. Harrison and some Holmes, Booth & Haydens radial drive lenses of the same period.  The quarter-plate C.C Harrison lens shown below is identical in construction, down to the cut mounting flange, and its serial number places it about 1858/1859: 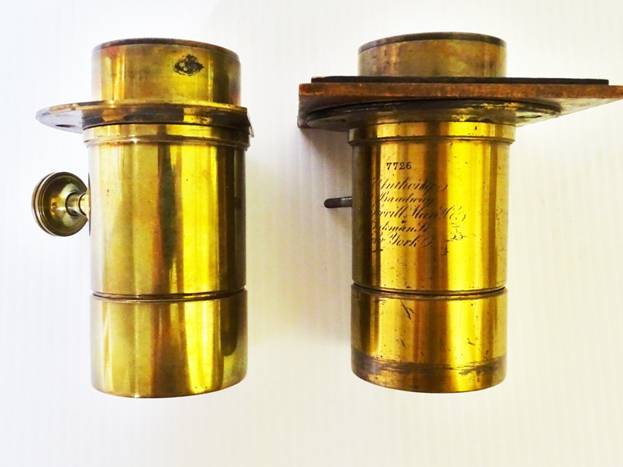 The half-plate Holmes, Booth & Haydens lens below, is also nearly identical in construction, and dates to 1858/1859: 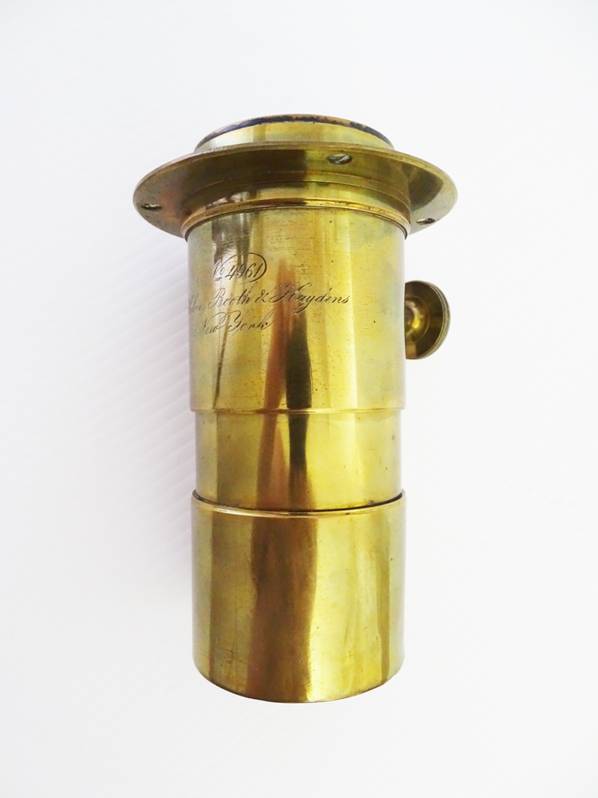 Some collectors believe that several of the early lens barrels found under various names, were made by either Gardner, Harrison & Company or Levi Chapman in the early 1850's.

In the case of this E. Anthony lens, per Images and Enterprise by Reese V. Jenkins, "During the middle 1850's, Scovill possessed the sole agency for Harrison cameras and lenses, the best made in America at the time, thus assuring itself of a steady and reputable supply of optical and camera goods." Jenkins also states that in 1855, the Edward Anthony company combined its camera factory with that of Charles C. Harrison's optical shop, with Scovill forfeiting its sole agency with Harrison.  This was an initial step to Anthony and Scovill combining, which was under consideration at the time.  However, the union fell apart and the ownership of C.C. Harrison's factory was transferred by the Anthony and Scovill companies to Nelson Wright of New York in early 1862. Anthony and Scovill would eventually merge in 1902.

Considering Anthony's and Scovill's addresses on the lens, the similarities in barrel construction to C.C. Harrison's lenses, Edward Anthony's association with Charles C. Harrison and the timing of the disposition of Harrison's factory, this all points to the lens probably being manufactured by C.C. Harrison about 1861-1862.

It's also interesting to note, that this E. Anthony lens' serial number of 7726 parallels the known date ranges for both C.C. Harrison and Holmes, Booth & Haydens lenses made about 1861. 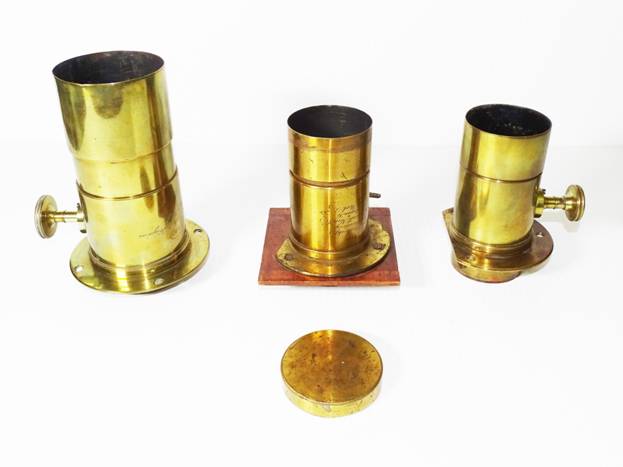 With a very brief timeline, this would be a rare lens to encounter.  Unless completely unmarked, most daguerreian and wet-plate lenses are found labeled with the maker's name or the supplier's name, but rarely both.  This is the only example I've seen, but I suspect a few others probably exist.

I would be interested to hear from anyone with more information on this lens.