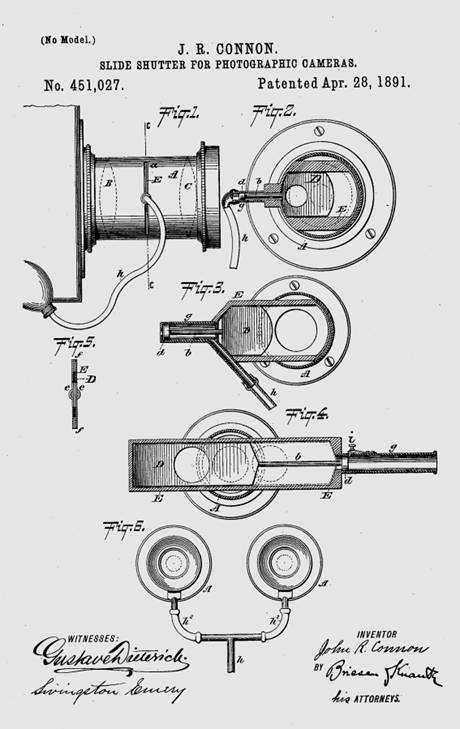 Connon's Pneumatic Diaphragm Shutter was patented by John Robert Connon of Ontario, Canada, on April 28, 1891, Patent No. 451,027, as a "Slide Shutter for Photographic Cameras".

The shutter was designed to fit within the Waterhouse slot on a lens, and was tripped pneumatically.  Connon's patent was assigned to Gustav and Morris Gennert of Greenville, New Jersey.  The shutter was marketed through G. Gennert, but it's unknown whether Gennert was the manufacturer.  Connon also patented a Circuit-style panoramic camera under Patent No. 369,165 dated August 30, 1887.

Appearing in G. Gennert's Descriptive Catalogue of Photographic Apparatus and Supplies believed to date to 1893, Connon's Pneumatic Diaphragm Shutter would continue to be offered through 1901, as part of Gennert's "Outing Equipment" outfit.

I've yet to come across an example.