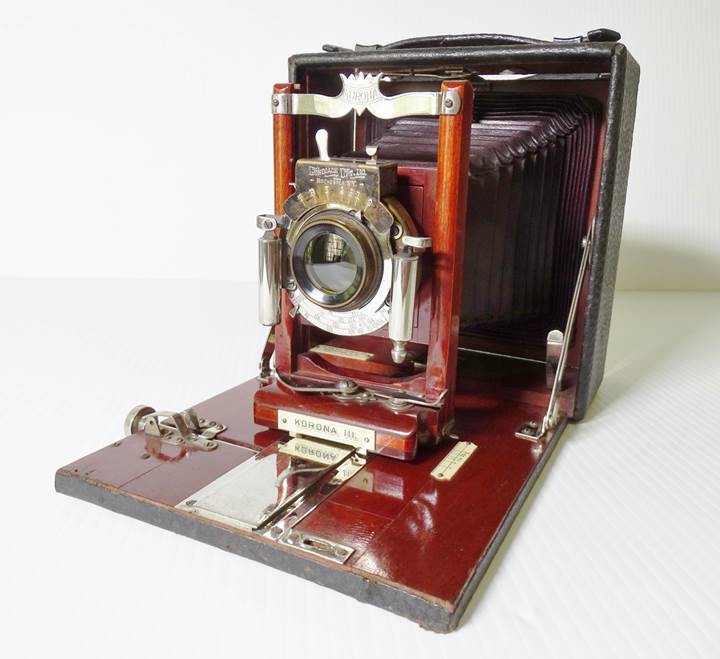 Introduced in 1901, the Korona Series III Camera was offered in 4x5 and 5x7, equipped with Gundlach's own Korona "Model D" Shutter.  Although the Korona Series III would appear in Gundlach-Manhattan catalogs as late as 1925, it appears to only have been equipped with the Korona "Model D" Shutter for 1901 and 1902.  An unadorned nickel-plated brass strip connecting the lens standard posts, also began to appear on some Korona models by this time.  It replaced the previous style, consisting of a rod secured at one end by a knurled knob, which provided tension when adjusting the rise and fall of the lens board.

The camera's most distinctive feature, is the crown-themed "KORONA" banner connecting the lens standard's posts.  So far, none of the factory catalogues or advertisements I've been able to locate, depict this feature in their engravings: 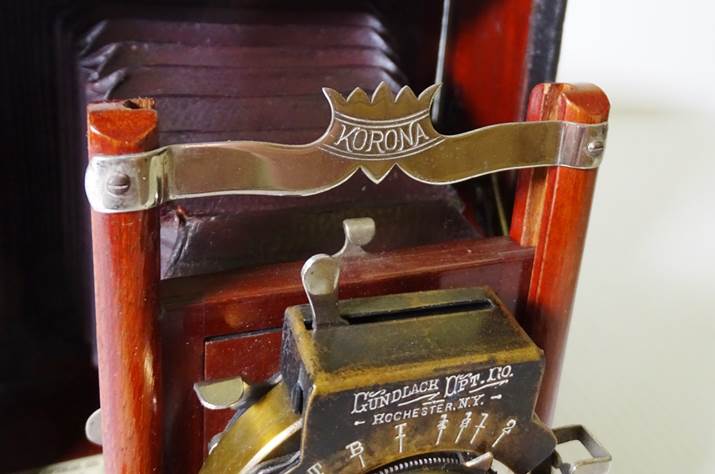 Other self-casing cameras of the 1899-1903 period, such as the No. 20 Imperial by the Imperial Camera and Manufacturing Company of La Crosse, Wisconsin, also bear a similar crown-themed banner: 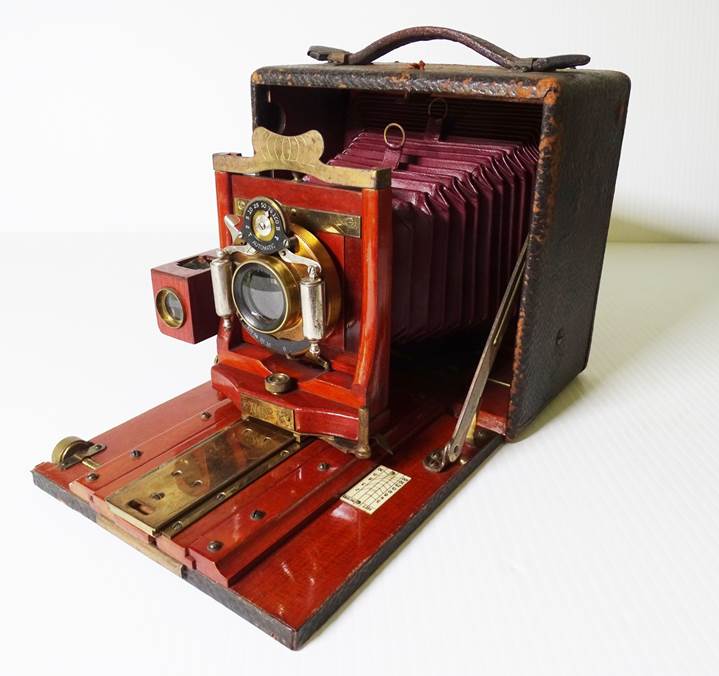 Compared with other surviving Korona cameras, relatively few are seen with this banner.