A ORDINARY KODAK WITH VIEWFINDER 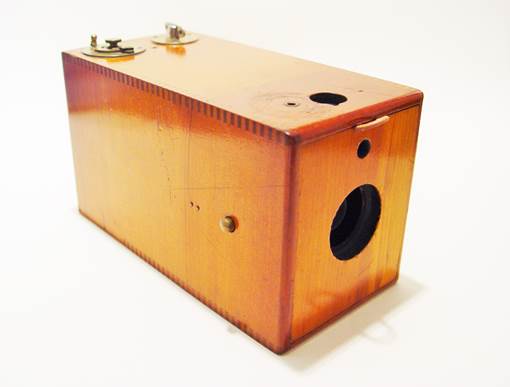 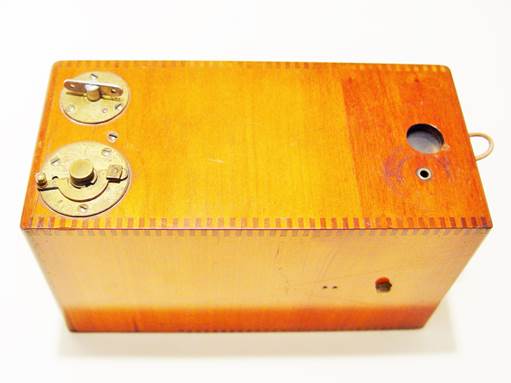 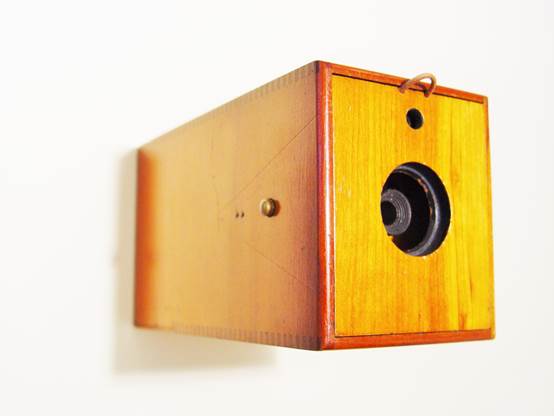 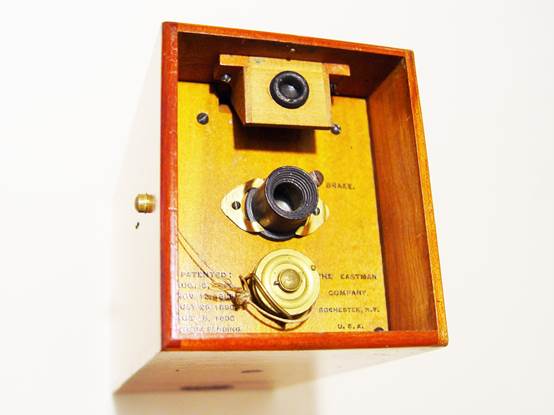 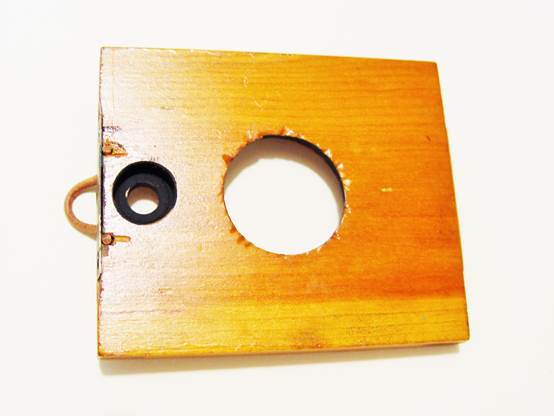 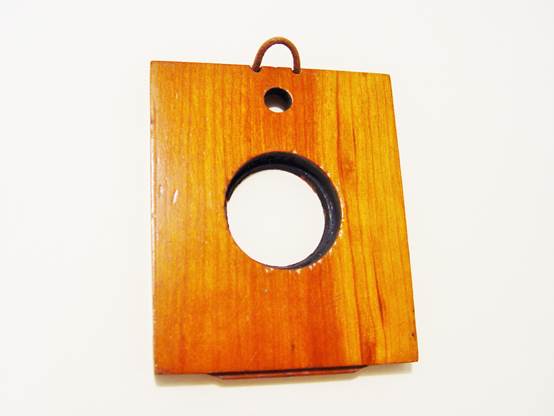 Introduced in 1891, Eastman's A Ordinary was capable of 24 exposures in 2-3/4 x 3-1/4 and required loading in the darkroom.  Priced at $6.00 and with no leather covering, it was the least expensive camera in Kodak's line.  Without leather and the convenience of daylight loading, fewer examples were sold. Today though, collectors prize the natural wood finish for its striking beauty, thereby enhancing its desirability and value.

Manufactured towards the latter part of its production run, this A Ordinary Kodak appears to have been modified by Eastman to incorporate a viewfinder.  This is evidenced in the viewfinder's construction, identical to those found on the larger B and C Ordinary, and the precision with which the holes were drilled at the top and on the door to accommodate the viewfinder.  It's interesting in that the viewfinder opening at the top is round, like those found on the No. 2 Kodak and the A Daylight Kodak, but the B and C Ordinaries and B and C Daylights were built with rectangular openings.  The viewfinder hole's diameter is 5/8" on both this A Ordinary and the A Daylight. This example is missing its string-pull, cardboard pull guard and the interior paper label identifying it as an A Ordinary Kodak.

This modification probably arose as an enhancement to the camera's "V" sighting lines that were stamped on to the top and side of the camera.  Like the earlier Original Kodak and No. 1 Kodak cameras (V-lines on the top only on these models) these lines were used to help center the object being photographed.  Depending upon how the camera was held however, results were often mixed. It may also have been Eastman's attempt to achieve parity with their two other Ordinaries and all the Daylight series of the same period that were already equipped with viewfinders.

Collecting references and factory catalogues acknowledge only one version of the A Ordinary Kodak with no viewfinder, and this is reinforced through most surviving examples.   Surely, other A Ordinaries must have been manufactured with a finder, but this is the only example we are aware of.

This A Ordinary was billed on eBay as an Eastman replica under the Binoculars category, with a low starting price and no reserve. Comparing it to another A Ordinary in the collection, it was definitely no replica.  Nor was it an A Daylight that was stripped of its leather and refinished, since this A Ordinary retained its original brass-plated hardware versus the black-finished hardware found on the A Daylight.  But something looked odd, and then it became obvious....it had a viewfinder. No one else bid, probably from being placed in the wrong category, or the wording used in the auction title didn't attract searches.  Just a great find demonstrating that opportunities still await collectors!