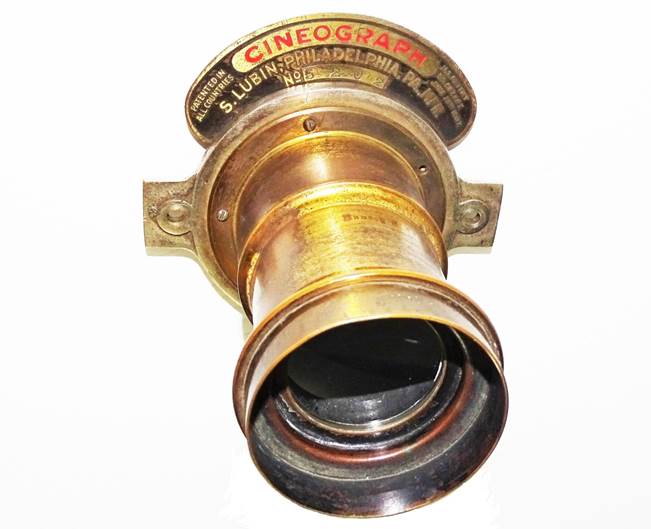 Professional cinematography collectors know motion picture pioneer Siegmund Lubin for his motion picture cameras and projectors. This primary projection lens with a tangential drive is for the Cineograph 35mm motion picture projector.  Bausch & Lomb Optical Company of Rochester, New York, manufactured lenses for Lubin, as they did for many other projector manufacturers of the era such as Nicholas Power and Edison Manufacturing to name a few.

The Cineograph line of projectors was manufactured by Siegmund Lubin of Philadelphia, Pennsylvania beginning in 1896.  Production probably lasted into the early teens and this particular lens would have fit the later, all metal Cineograph models that were introduced in December 1907.

The most eye-catching feature of a metal Cineograph projector, is its lens with a beautiful flange tag proclaiming "CINEOGRAPH" in bold red letters: 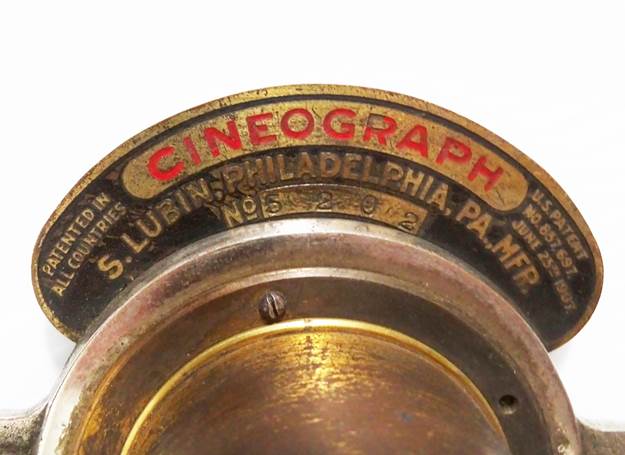 The lens barrel is engraved "Bausch & Lomb Optical Co., Rochester, N.Y., S. Lubin, Philadelphia, Long Distance" along with what appears to be a six-digit serial number (partially readable).  The flange tag is marked "CINEOGRAPH, S. LUBIN, PHILADELPHIA, PA., MFR., Patented in all countries, U.S. Patent No. 857,697 June 25th, 1907 , No. 5202".  This patent was granted to Orville T. Weiser of Philadelphia, Pennsylvania for a Life Motion Picture Projecting Machine", which was assigned to Siegmund Lubin of Philadelphia, Pennsylvania. The lens mounting flange is also stamped "5202", which is believed to be the serial number of the projector it would have been mounted on: 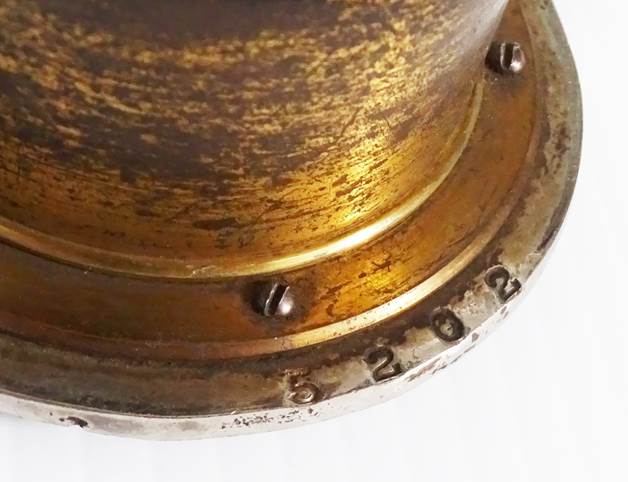 Patent No. 1,027,735, dated May 28, 1912, was granted to Jesse B. Johnson of Philadelphia, Pennsylvania for a "Moving Picture Machine".  This patent was also assigned to Siegmund Lubin and covered further design improvements in the progression of the Cineograph series.

Today, motion picture apparatus made by Lubin, ranges from the very scarce to the extremely rare.  This particular lens, and the projector it fits, fall toward the upper end of the scale as they are extremely difficult to locate.  I have seen maybe three or four of these metal Cineographs come to market over the past twenty years, and realistically, very few survive. 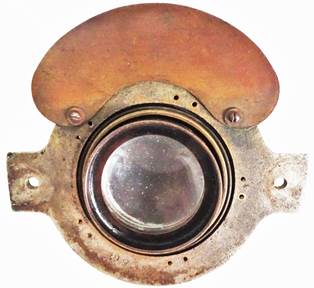 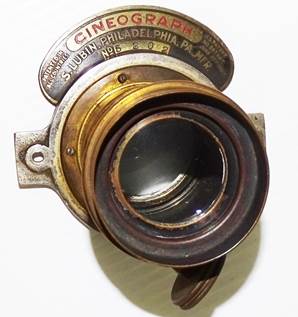 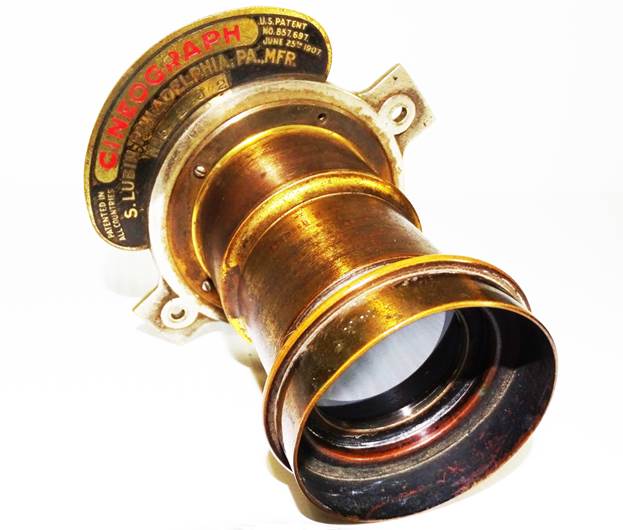