THE FOLDING MONTAUK, STYLE I 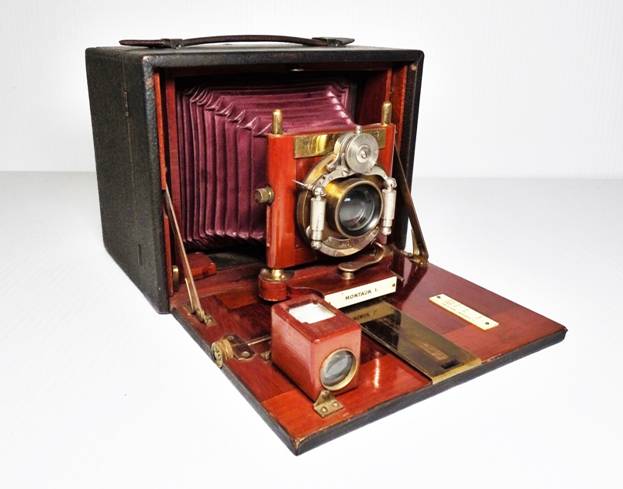 Founded as a photographic supply house by Gustav Gennert in the 1850's, Gennert introduced the Montauk name with the appearance of the Montauk Detective Camera in 1890.   The original Folding Montauk would be introduced by 1895, with Cycle Montauks appearing by the late 1890's.

This 1899 version of the Folding Montauk, Style I is equipped with a Bausch & Lomb Unicum, a very popular shutter of the period.  Beautifully constructed with gleaming lacquered brass and a lens board that encapsulates the lens standard's posts, this example typifies the quality found in G. Gennert's products during the mid-to-late 1890's.

As with other G. Gennert cameras, the Folding Montauk is very uncommon compared to most Poco and Premo cameras that were manufactured in greater volumes.