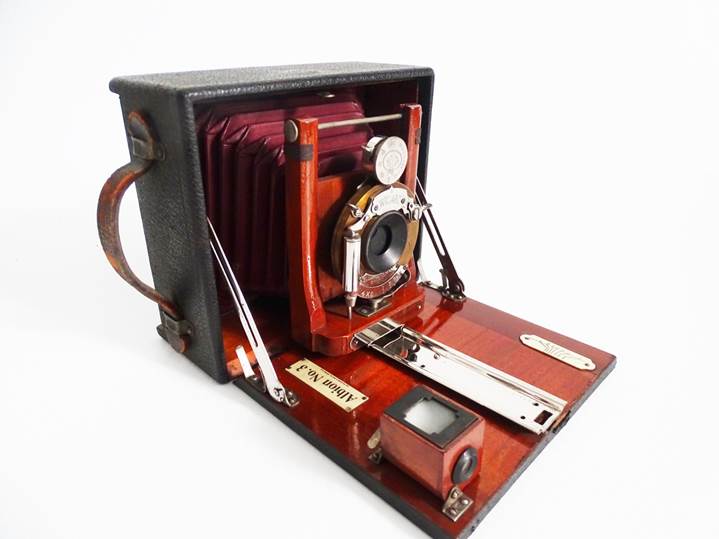 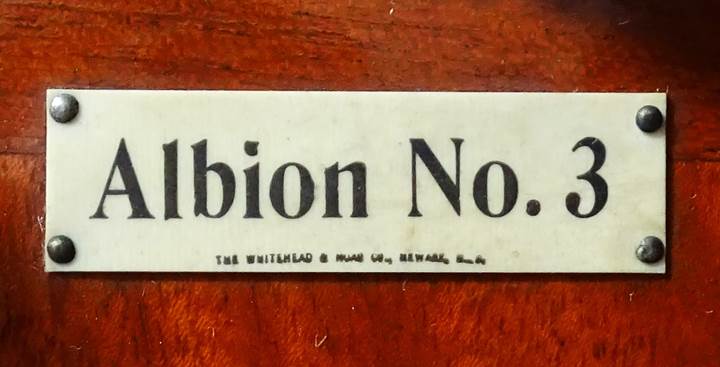 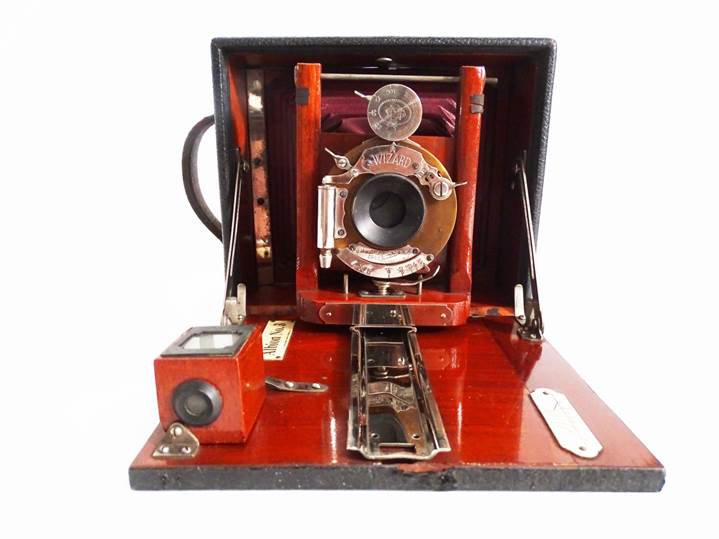 Aside from being offered in Manhattan Optical Company's catalogues for at least 1899-1900, the Cycle Wizard A was also marketed under the name "Albion No. 3" by the  Whitehead & Hoag Company of Newark, New Jersey.

Known history suggests that Manhattan Optical itself never had an Albion model.  The Whitehead & Hoag name appears in fine print at the bottom of the ivoroid tag.  Founded in 1892, Whitehead & Hoag who specialized in the manufacture of advertising buttons, commemorative ribbons and other novelties, finally closed its doors in 1959. The practice of private branding was quite common during the 1890's, much as it is today over a century later.  Note that the nickel-plated tag at the base of the lens standard, normally engraved with the Cycle Wizard name, has been intentionally left blank.   Interestingly, the Albion name was used by Scovill Mfg. Co. during the previous decade, for one of their English-style field cameras.

This is the only example of an Albion No. 3  I've encountered, and it can be considered an extremely scarce name variant of the Cycle Wizard A.