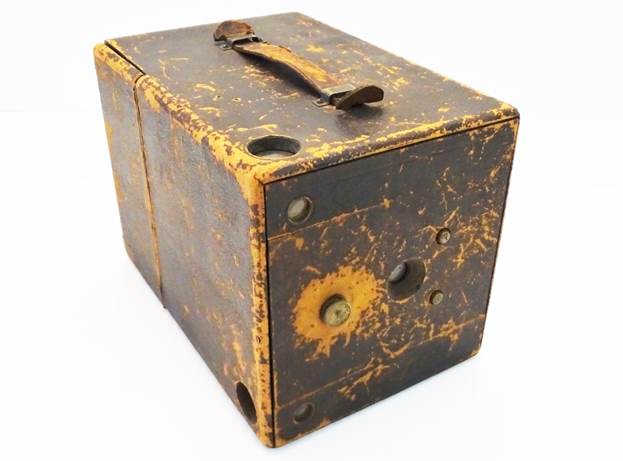 The Dandy, a 3-1/4 x 4-1/4 plate box camera, was essentially the smaller version of Manhattan Optical's Boss Dandy in 4x5.  Believed to have been introduced in 1897, the Dandy lasted maybe two years, as it does not appear in Manhattan's The Wizard Catalogue 1899.

Priced at $4.75 with one plate holder, and equipped with a single achromatic lens and instantaneous shutter, the Dandy can be found in Montgomery Ward & Company's Catalogue "G" 1896-1897, Photographic Apparatus and Materials.   An additional plate holder could be had for $.85 and the camera was capable of storing three plate holders.  The camera has a side-loading door and a smaller door at rear to permit ground glass focusing, both doors held in place by cloth hinges. The side door's interior is stamped "Manhattan Optical Co., Cresskill, N.J.",  Later Manhattan Optical products would also list New York along with the Cresskill, N.J. address.

The shutter was cocked by rotating the knob at front, and released by depressing the Time or Instantaneous buttons located next to the lens opening. This system differed from the controls found on the larger Boss Dandy.  The Boss Dandy would become the Wizard V in 1899 during its last year of production.

This is the only example of the Dandy I've come across, and only a few Boss Dandy's have appeared on Ebay over the years.  Compared with other makers of the period, Manhattan Optical products are somewhat scarce, some models more than others since many weren't widely advertised. 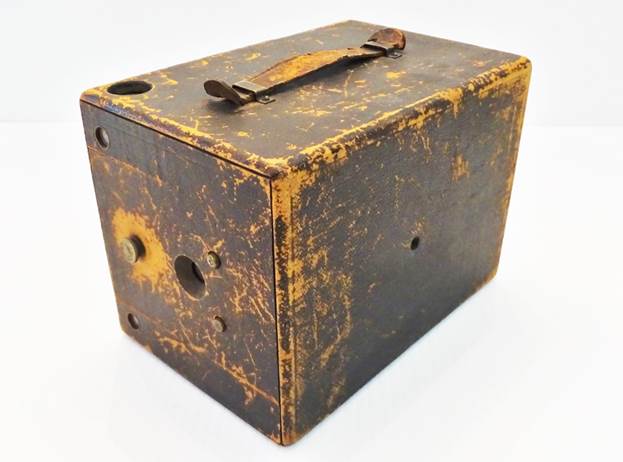 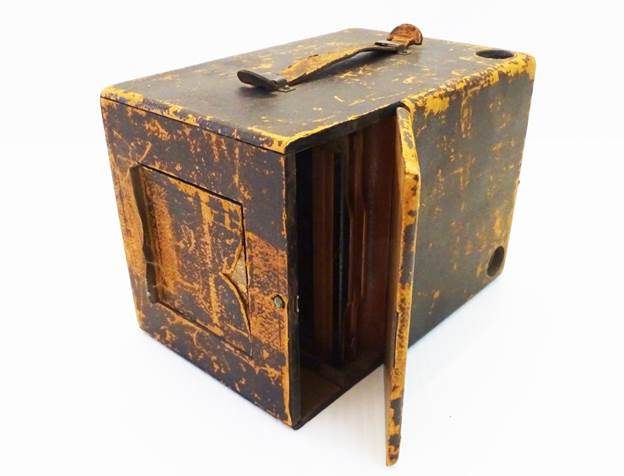 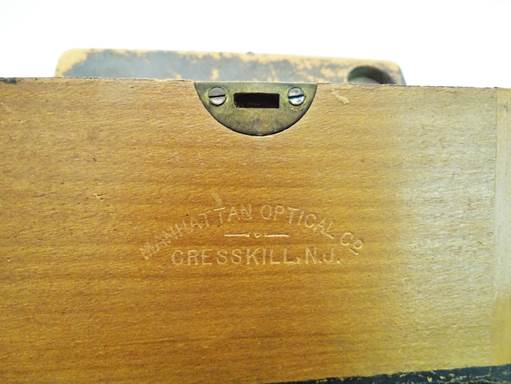