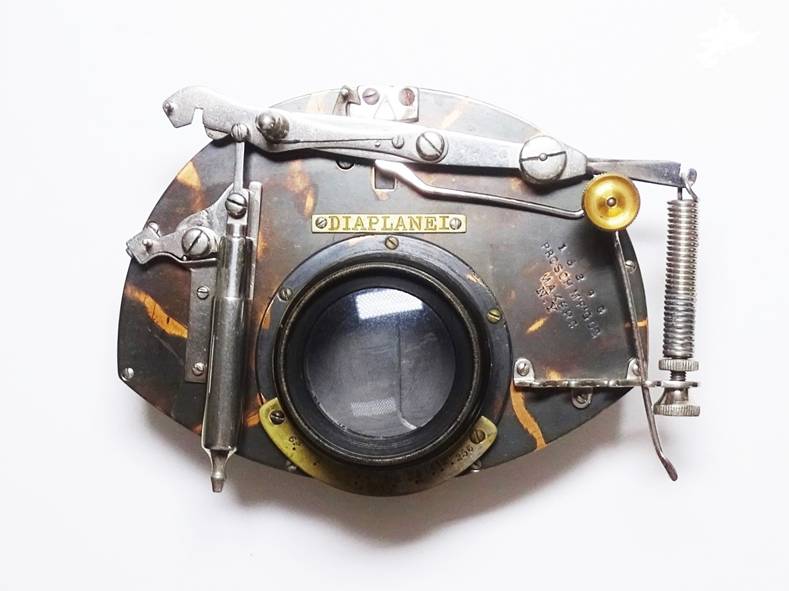 A more detailed introduction of Prosch's Diaplane Shutters, no doubt a company-prepared release since its essence appeared in several other publications, was noted in The Photographic Times-Bulletin, Volume XXXV, No. 5, May,1903.  It states the Diaplane was made in two styles:  the Diaplane I for amateurs, and the Diaplane II for professionals and advanced amateurs. The Diaplane I had a range of speed from time and bulb, and slow instantaneous exposures to 1/200th of a second, and ranged in price from $17 for the No. 1 size to $22 for the No. 6.  The Diaplane II had an extremely wide range of speed, up to a maximum of 1/600th of a second.

Also during this period, the Prosch Manufacturing Company moved from 389 Broome Street to new and larger quarters at 145 to 151 West 18th Street, New York City on May 1, 1903. Prosch had been located at the previous address for seventeen years.

The Diaplane's design was covered by at least two known patents.  The shutter's face on this example is stamped "Prosch Mfg. Co., Makers, N.Y." along with the serial number.  The rear of the casing is stamped "Pat'd 4.28.'03" just above the lens. This date refers to Patent No. 726,700 granted to Maximilian Klaiber of Brooklyn, New York, the patent being assigned to the Prosch Manufacturing Company. The object of this patent was "to provide a shutter blade operative mechanism which at each extreme movement may be adjusted and set for the next movement, retaining in the device all the advantages of the well known Prosch shutter."

The second patent, No. 834,812 also granted to Maximilian Klaiber on October 30, 1906, covered other elements of the shutter's design.  This second patent's drawing more closely resembles the Diaplane I's production version. The patent was assigned to the Prosch Photographic Shutter and Optical Company, New York. This company had been formed just a few months prior, having acquired Prosch Mfg. Company's shutter patents:

Instead of Waterhouse stops or a rotary aperture, both the Diaplane I and Diaplane II were fitted with iris apertures, as were all Prosch Shutters being manufactured by that time.

Throwing in a bit of historical timeline:

The Diaplane I's most distinguishing feature, and its hallmark among Prosch's shutters, is its oxidized copper finish. I note this with some caution, as I know of no other Diaplane I examples to compare it with. It's also possible this finish could have appeared on previous Prosch models for which no examples have been found. Distinctive and beautiful, oxidized copper finishes can also be found on the Photake Camera of 1896 and some of Eastman's Home Portrait Cameras from 1911 to 1916.  It's interesting to note that a recently seen example of Prosch's Proschlite Flash Lamp, advertised alongside the Diaplane II in the ad seen below, exhibited an oxidized copper finish.

Both the Diaplane I and Diaplane II disappear by 1905. Although advertised in 1903 and 1904, production probably lasted for a year and a half at best. I was extremely fortunate to have acquired both of these models, and they are the only examples I've ever encountered in the past thirty years. 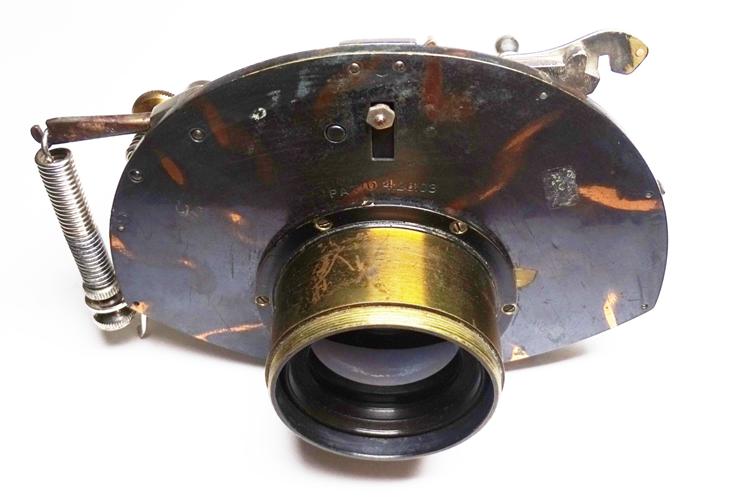 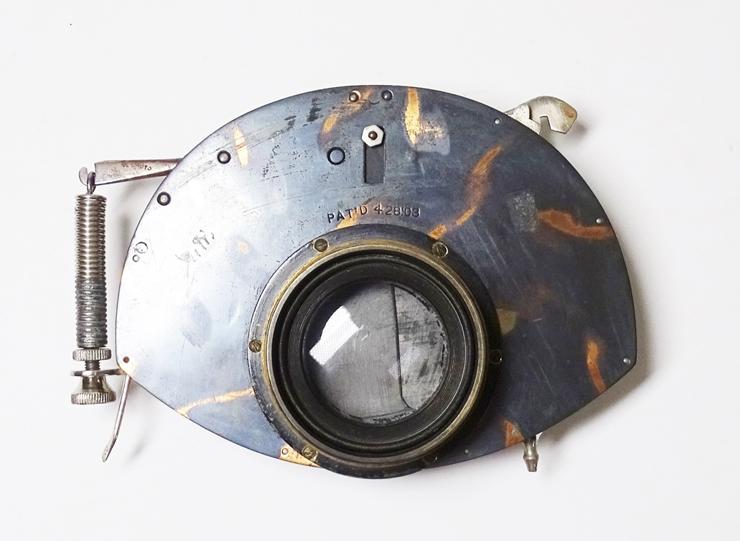 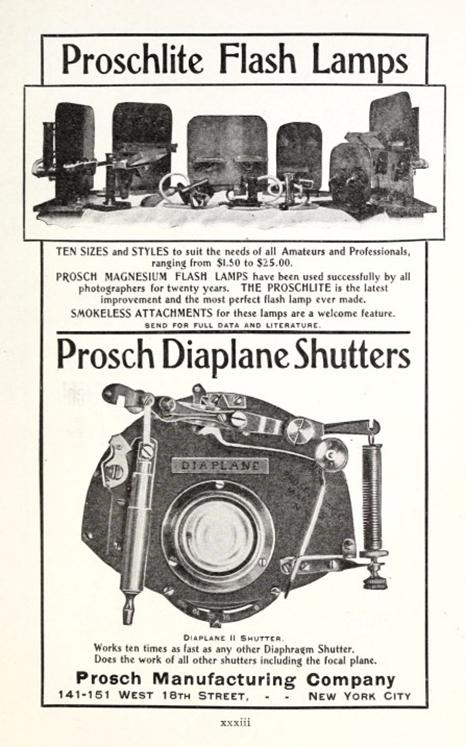 Ad from Anthony & Scovill's The American Annual of Photography and Photographic Times Almanac,1904

Image courtesy of HathiTrust and The Getty Research Institute