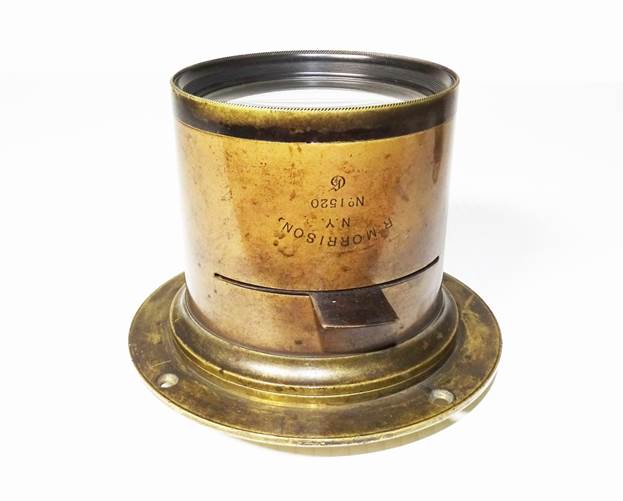 An advertisement in Scovill's Catalogue of Photographic Lenses, 1876, lists Morrison's New Rapid Copying Lens "G" covering an 11x14 size at $125.  This was the largest and most expensive of Morrison's Rapid series offered in the catalogue, although larger sizes could be ordered.

Morrison's Rapid Copying lenses continued to appear in Scovill's The Photographic Times and American Photographer, February, 1884, but seem to disappear from photographic supplier catalogues by 1885.

Although Richard Morrison passed away in 1888, manufacture of his lenses continued,  the Wide-Angle View lenses being offered through at least 1899, in Scovill's The American Annual of Photography and Photographic Times Almanac.