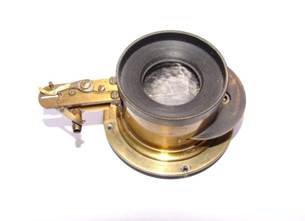 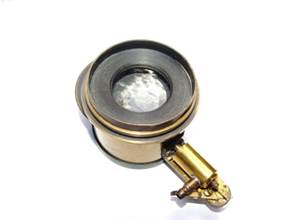 Robert D. Gray is known today for his vest camera, designed to be concealed beneath a topcoat (Patent No. 346,199 dated July 27, 1886) and his line of Periscope lenses. C.P. Stirn purchased the rights to manufacture Gray's camera.  Lesser known is a detective camera (Patent No. 362,271 dated May 3, 1887) that Gray co-designed with Henry E. Stammers of New York.  Stammers was a manufacturer of electro-medical batteries and electrodes during the mid-1880's.

The Periscope Lens appeared as early as 1888 and lasted until at least 1901 in E. & H.T. Anthony's Illustrated Catalogue.  Anthony's 1898 Catalogue lists sizes No. 3 through No. 7 of the Periscope as being offered with an inter-lens pneumatic shutter option at a slight additional cost.

The Piston Shutter by name, appeared in a Photographic Mosaics advertisement for 1890. The shutter consisted of two leaves, opening from the center of and between the lenses and operated by direct bulb pressure for time and instantaneous exposures. 1898 is the last year the shutter option was offered. 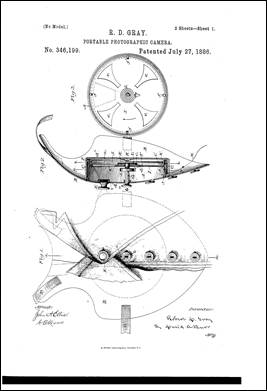 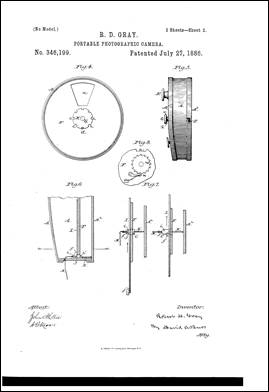