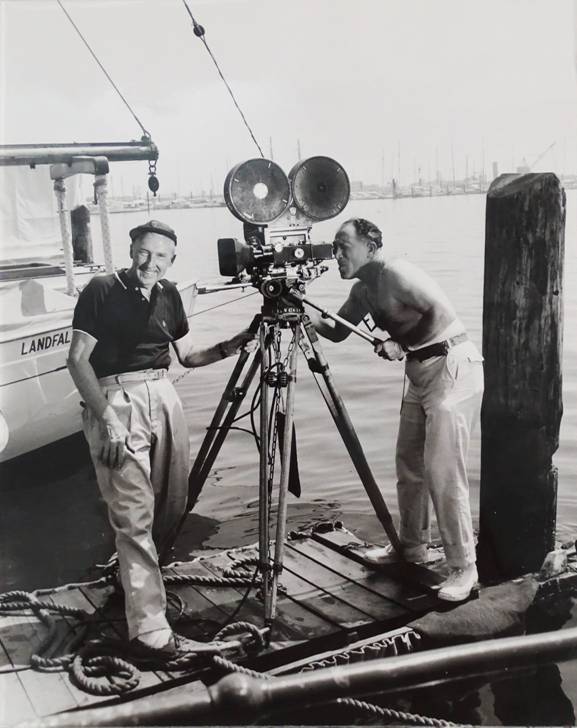 Photograph of a Mitchell NC 35mm motion picture camera on set by Ross A. Carmichael (1915-2002). The set's location and the individuals are presently unidentified, although the gentleman to the camera's left strongly resembles actor Wilfrid Hyde-White.  Note the "NC 611" stenciled on the Mitchell Friction Tripod Head: 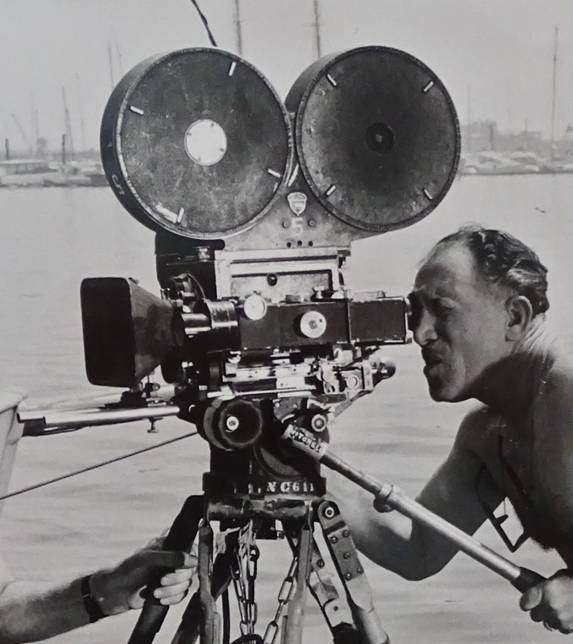 The Mitchell NC was introduced in 1932, and although the NC/BNC/BNCR series of cameras were used well into the 1970's and beyond, this photograph seems to have more of a 1950's feel. If in fact the "NC 611" stenciling identified the tripod head as being assigned to Mitchell NC No. 611, and that this camera is actually Mitchell NC No. 611, its manufacture would date to the mid-1950's.

Ross Carmichael's 50-plus year career, which began as a newspaper and wartime photographer and included advertising and non-commercial work, would culminate in his association with Warner Bros. and Universal. His studio portraits and location stills were the pinnacle of his career, and are what he is best known for today.