Believed introduced in 1892, the Sunol Detective Camera seems to disappear after 1893.  The two advertisements shown here are all we've found so far regarding the camera.

Thankfully though, from one ad, the engraving is very descriptive. It indicates the camera was a 4x5, box-style detective camera available in two models, weighing less than 3 pounds, having a time and instantaneous shutter, a view finder, a focusing scale, a ground glass and the capability of carrying 5 plate holders. The other ad indicates the No. 1 model had a Walnut finish with the No. 2 model being leather covered.

As to Henry J. Haigh, the stated manufacturer, little is known of him. Promotional photos that were taken with the Sunol are also found occasionally. 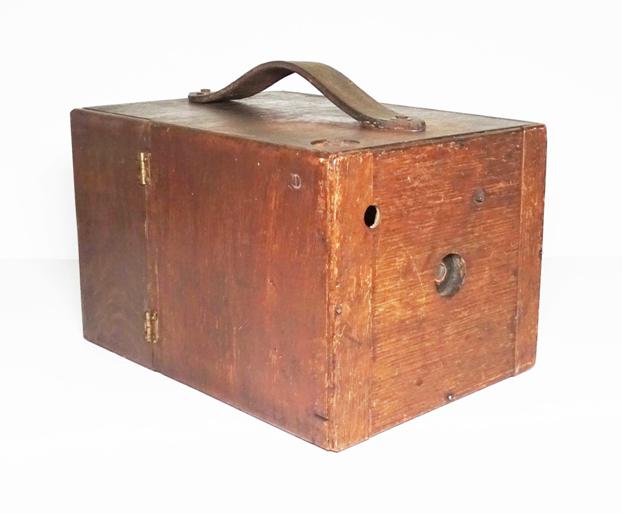 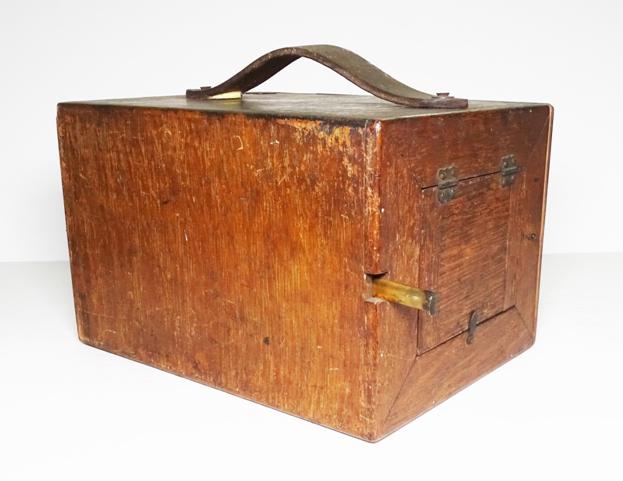 The camera above is also a 4x5, box-style detective camera weighing 3 lbs- 6 oz. (somewhat more than the Sunol), having a time and instantaneous shutter, a single view finder, a focusing scale and a ground glass.  Even the carry handle and how it's attached with screws and washers is similar if the engraving is accurate. If the holders were very slim in construction, such as those found on some other cameras made of tin or brass, the camera might hold 5 plate holders. Maybe this was the case with the Sunol (or possibly the camera shown here), if the size of the Sunol as depicted in the ad's engraving is proportionally correct. The camera shown here, allowing for some slack due to the box-in-a-box focusing arrangement, might have held two typical two-sided holders at best. One point that differs between this camera and the Sunol, is the placement of the single view finder.  It appears on the left side in the Sunol's engraving versus the right side as seen on the camera above.

Like Frank McLaughlin's New England Rattler, the Sunol Detective Camera is somewhat of a challenge to identify.  Both were inexpensive, simple in construction and lacked the refinements of more expensive detective cameras of the era. With no known examples of either one, they can both be considered very rare as 1890's detective and hand cameras go.