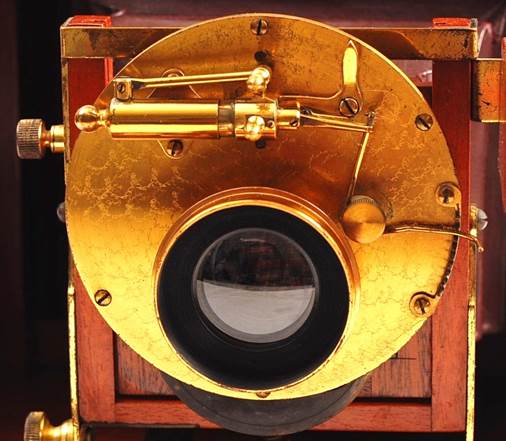 The Simplex Shutter was patented by Ralph D. Cleveland and Charles A. Hoffman of Minneapolis, Minnesota, under Patent No. 402,806 dated May 7, 1889.  It's unclear as to whether the shutter was actually manufactured by Cleveland and Hoffman, Scovill Manufacturing/Scovill & Adams or some other entity.  Advertisements for C. A. Hoffman & Brothers (1889) and Scovill & Adams (1893) have been found, but based upon the few cameras found equipped with the Simplex, production may have continued as late as 1895 or 1896.

As is many times the case, the production version differs from the patent drawing.  Its unique design is further enhanced by the "coil spring" etched (or scarified) pattern that adorns its face.  Interestingly, one of its advertisements explains exactly how the shutter functions by walking one through the process via a series of labeled parts.

The shutter appears in advertising as early as 1889, in The International Annual of Anthony's Photographic Bulletin, Volume II, in an article on shutters in the American Amateur Photographer, Volume II for 1890 and again in Scovill's American Annual of Photography and Photographic Times Almanac for 1893.

Marketed like many of its rivals, the Simplex is almost never seen today. Though production appears to have spanned at least four years, it was apparently produced in very limited numbers based upon the possible few that survive.  Pricing, which I've yet to determine, may have played a part in its lack of popularity. But no doubt, the number of steps required for operation, appears a bit more cumbersome than other shutters of the period. In an apparent contradiction, the ad which outlines each step of this lengthy operation, is prefaced with the statement "To set the shutter for Quick Work".

Contemporaries such as Bausch & Lomb's Diaphragm Model of 1889, which are rather rare in their own right, are "plentiful" by comparison.  This example, mounted on a 5x7 Folmer & Schwing Improved Henry Clay (believed manufactured by American Optical/Scovill & Adams for Folmer & Schwing between 1895-1896), is the only example I've ever encountered. A bargain list advertisement found in Scovill's American Annual of Photography and Photographic Times for 1896, offered a special order Henry Clay Jr. 4x5 equipped with a Simplex Shutter.  This camera was part of a group of Henry Clay Cameras built to order, that remained unsold and were now being offered at reduced prices.

A seriously beautiful piece of photographic history, the Simplex can be considered among the rarest of American shutters. 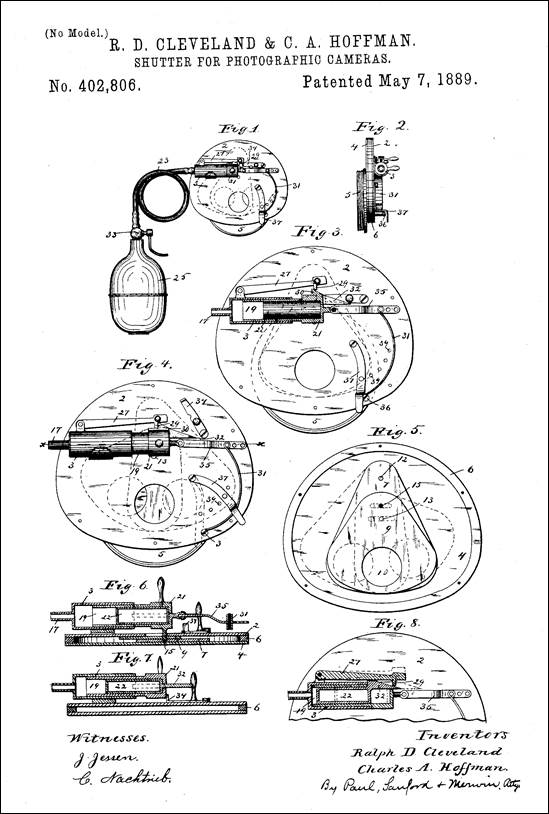