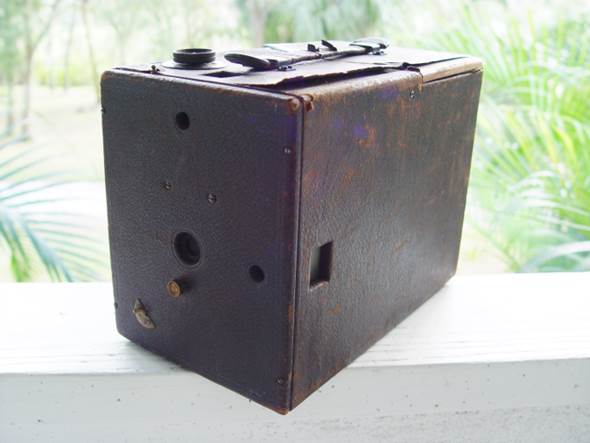 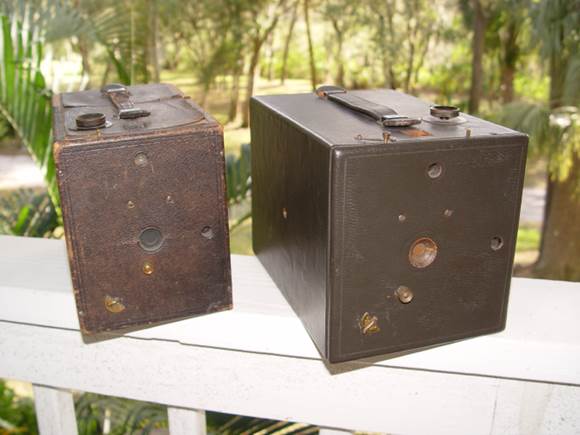 The Comet (left) and Handy compared

The Comet replaced the Handy (1890-1895) in the Rochester Optical line-up, as essentially the same 4x5 camera with a few modifications.  The focus knob at top was moved to the opposite side, and the body was reduced in size.  Neither the Handy nor the Comet appear to have been produced in any great numbers, and with only two years production, the Comet is almost never seen today.  It's interesting to note that, despite the Handy and Comet being priced at the more affordable lower end, cameras such as the Premier costing twice as much are more often encountered today.

In 1898, the Comet was replaced by the Premo V camera, available in 3-1/4 x 4-1/4 and 4x5 sizes.  The Premo V, essentially the Comet without a manual focusing capability, now relied upon a Single Achromatic lens of universal focus.  The Premo V would continue to be offered through 1899, by which year it was called "The Vee Camera".