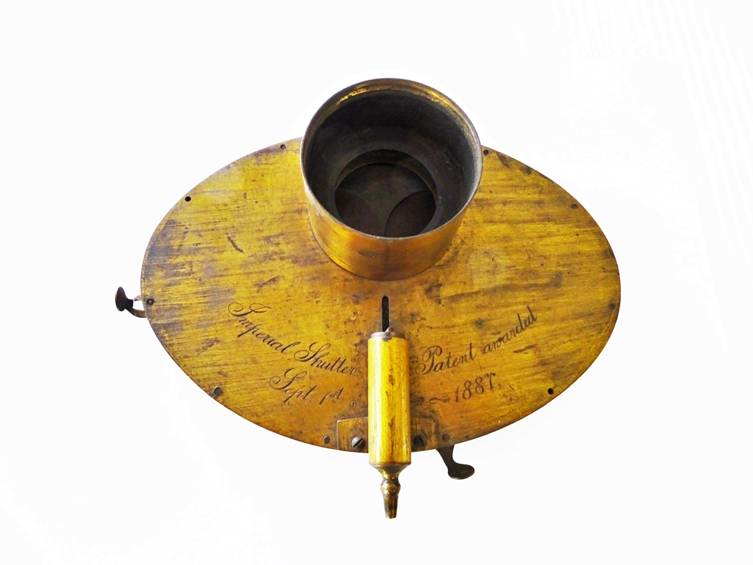 Unknown as to maker, the Imperial Shutter's face states "Patent awarded Sept 1st, 1887".  A search of United States patents revealed that no patents were issued in the U.S for the period August 31, 1887-September 5, 1887 per the Official Gazette of the United States Patent Office, July-September, 1887.  Based on this, the shutter was previously thought to have been British in origin.

The Prosch name also came to mind, as the Imperial's appearance and construction share some similarities to Prosch's shutters.  Its casing shape bears a resemblance to Prosch's Nouveau Shutter of about 1893-1894, but the pneumatic valve placement, mechanism and controls are totally different.  Substantial in size, the shutter casing's dimensions are 4-1/2" tall, 6-1/4" wide, with a length of 2-1/4" from barrel end to barrel end. The barrel, missing its lens elements, is 2" in diameter and slotted for Waterhouse stops.

Interestingly, the September 1st, 1887 date appearing on the shutter itself, differs from the September 27, 1887 patent date. But everything else as reflected in the patent drawing is consistent with the shutter's design. As previously stated, since there were no September 1, 1887 U.S. Patents issued, this date must have been mistakenly applied to the shutter. Or possibly, Bain was awarded a British Patent on April 1, 1887 (the date cited on the shutter), prior to being granted U.S. Patent No. 370,763.

Also of interest, Photography, The Journal of the Amateur, the Profession, and the Trade, Volume III, January-December, 1891, a London publication, mentions in the March 5, 1891 edition "the shutter registering the highest speed was Marion's (Bain's patent) "Crown" shutter, which gave a speed of 1/150th second".  Bain's "Crown" All-Time Shutter is listed in a Marion &Co. ad dated November 28, 1890. Bain's Crown Shutter (1893) is also mentioned under Marion & Company in Brian Coe's Cameras: From Daguerreotypes to Instant Pictures.  It's unknown as to whether the "Bain" referenced in either of these publications has any connection to Robert E. M. Bain.  A second U.S. Patent No. 404,375 has also been found, granted to Robert E. M. Bain on June 4, 1889 for a similarly shaped shutter with a different design:

One other item of note is that Robert E. M. Bain authored an article entitled "Anti-Chemistry of Photography" in The American Annual of Photography and Photographic Times Almanac for 1906.

The discovery of U.S. Patent No. 370,763 is a major step towards revealing the real story behind this shutter.

My Sincere Thanks to collector Antony Manthos for reaching out to us, for his efforts in locating the Imperial's patent and for his contibutions in connection with other items featured on this site.

This is the only example of the Imperial Shutter I've ever encountered.  If anyone can shed more light on it, we would be interested in hearing from you. 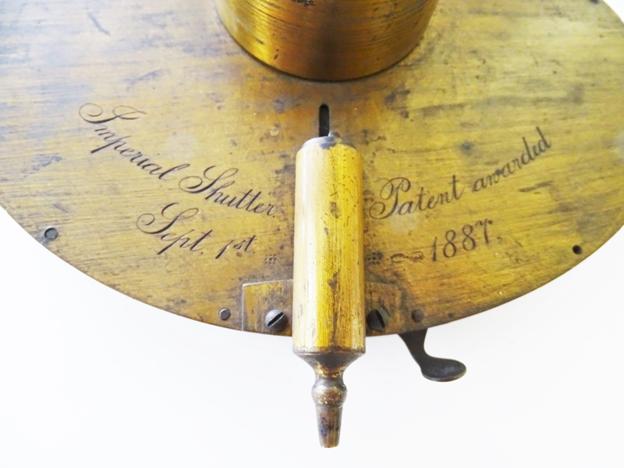 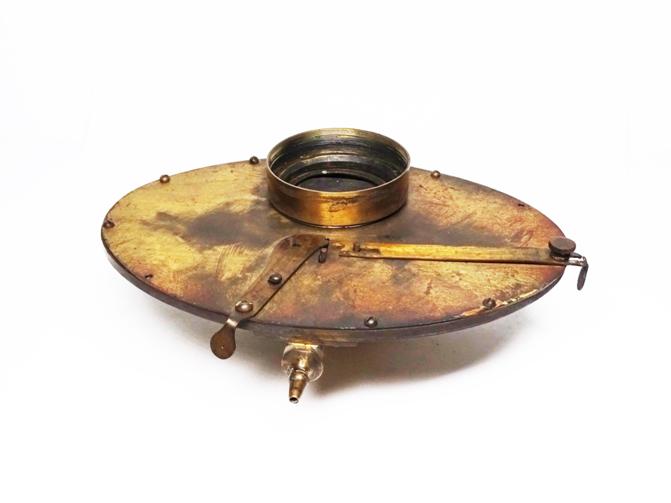 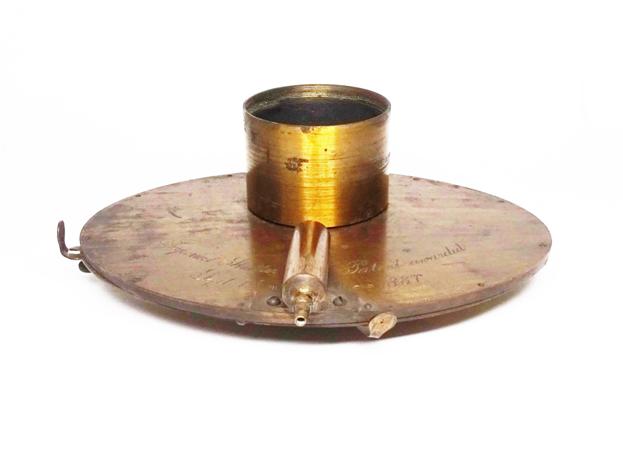 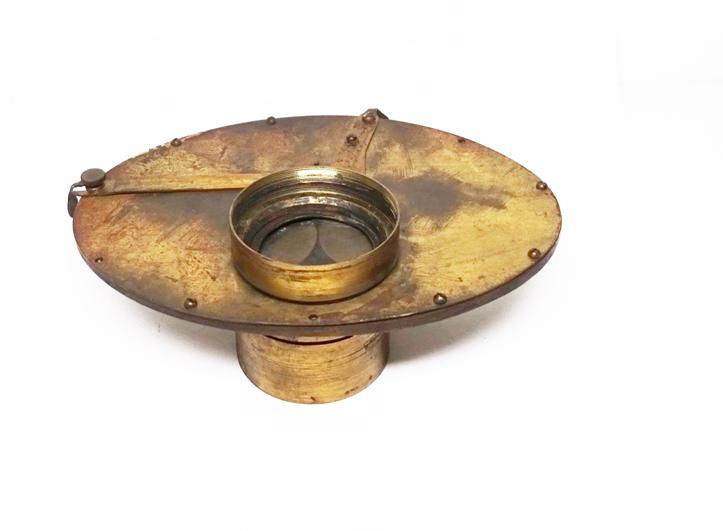 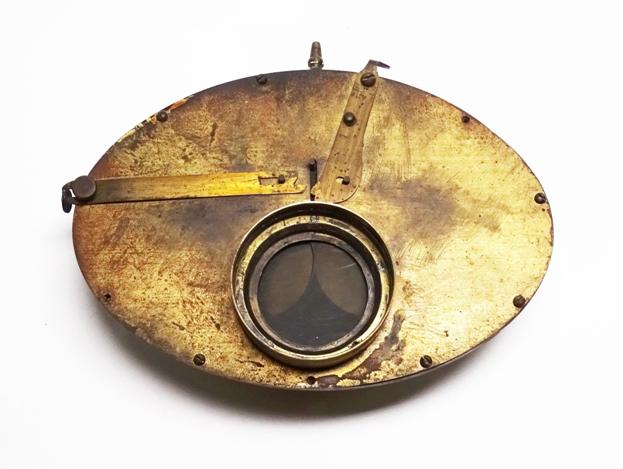 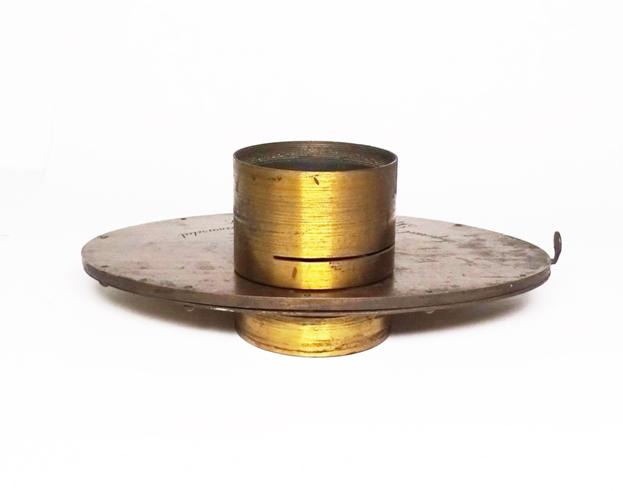