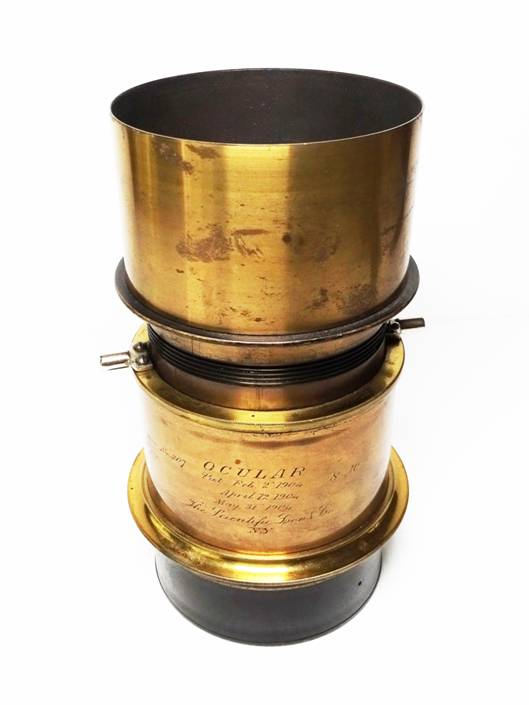 The Ocular Portrait Lens incorporated a unique focal length adjusting feature on exposure, not found on other lenses of the time. The concept appears to be the brainchild of Ferdinand Stark of New York, with other patented enhancements by Ulrich Nehring that were assigned to the Scientific Lens Company.  Nehring reportly acquired the Scientific Lens Company around 1900, but had already been selling lenses, starting in the late 1890's under his own name.  He reportedly published a lens catalog in 1900 and continued to sell under various names until about 1910.

This ability to change the focal length was a purpose-built feature versus an inter-lens shutter improvement like the Benster Diaphragm, which was a factory modification to an existing lens.  The Ocular was designed to expand and contract the distance between the front and rear elements on exposure, thereby changing the focal length to increase depth of field. It was also capable of being used without the focal change option.  Introduced in 1904 and produced through at least 1906, the Ocular represented the pinnacle in last attempts to bring innovation to conventional portrait lenses of the day. 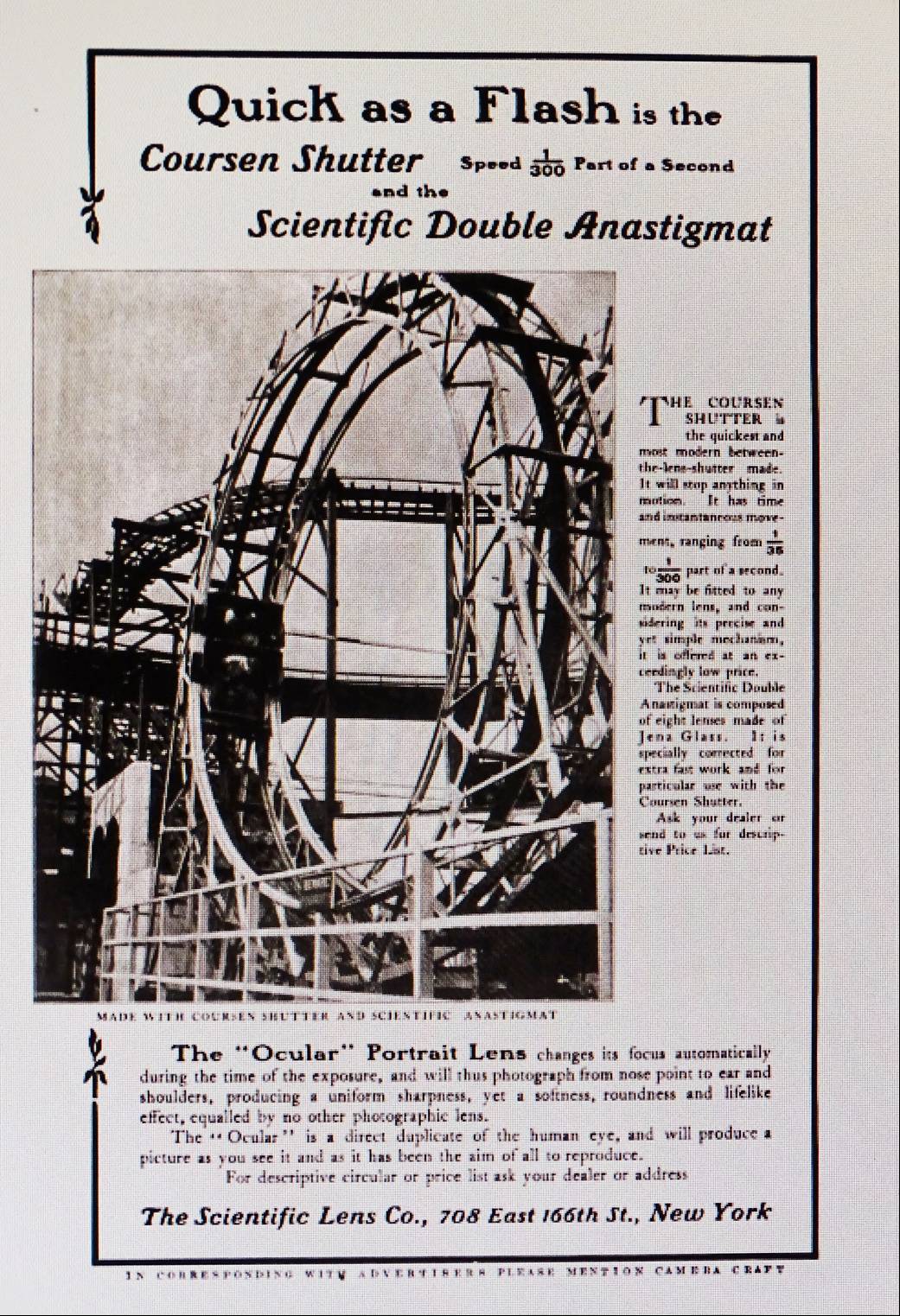 Advertisement for the "Ocular" and the Coursen Shutter from Camera Craft monthly for July, 1904