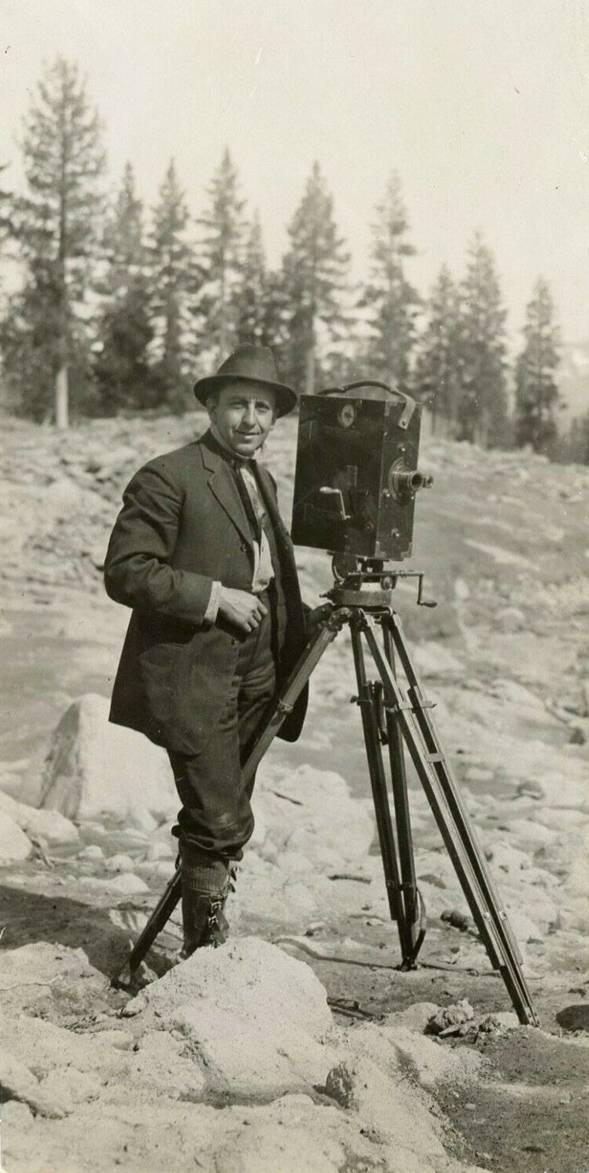 Photo taken at Mount Lassen on May 25, 1915, three days after the eruption

This collection of photos was taken of several unidentified cameramen, apparently involved in documenting the aftermath of volcanic eruptions on Lassen Peak, also known as Mount Lassen, the southernmost active volcano in the Cascade Range of the western United States.

According to Wikipedia, "On May 22, 1915, a powerful explosive eruption at Lassen Peak devastated nearby areas, and spread volcanic ash as far as 280 miles (450 km) to the east. This explosion was the most powerful in a series of eruptions from 1914 through 1917. Lassen Peak and Mount St. Helens were the only two volcanoes in the contiguous United States to erupt during the 20th century."

The event's historical aspect notwithstanding, these are great photos of the Moy & Bastie 35mm motion picture camera, and a window into a now distant time in cinematic history a century ago. 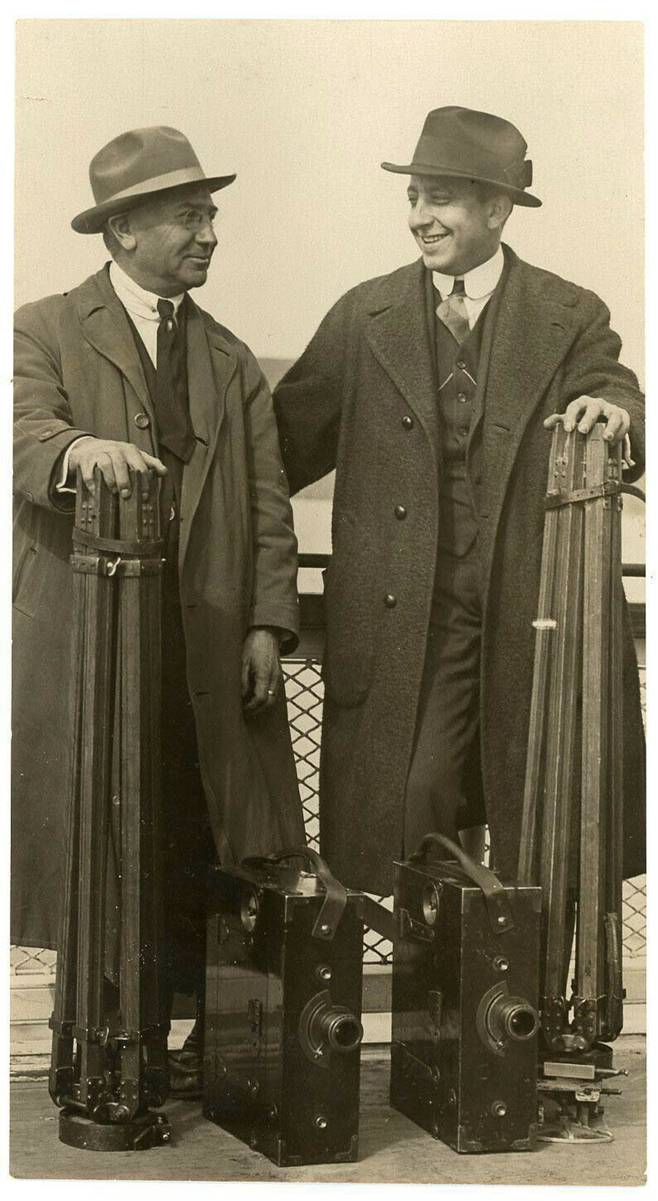 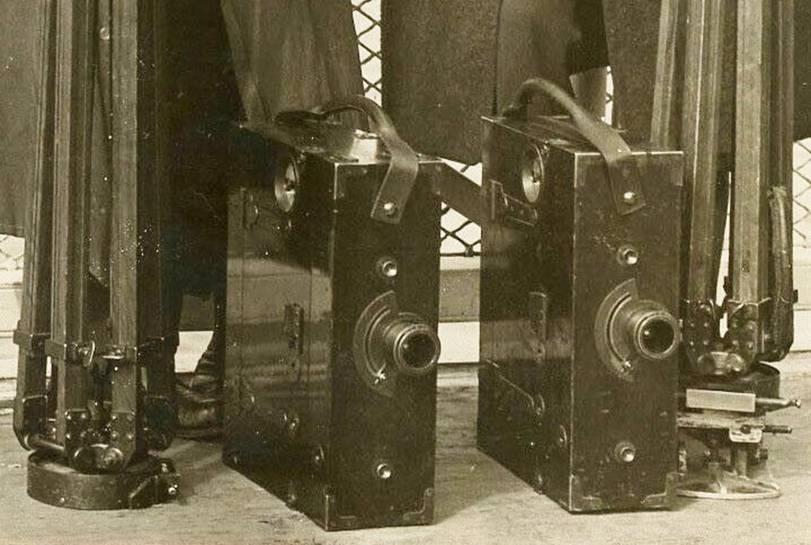 Photo cropped and lightened to provide more detail of the Moy & Bastie cameras, and their tripods which are unidentified as to maker 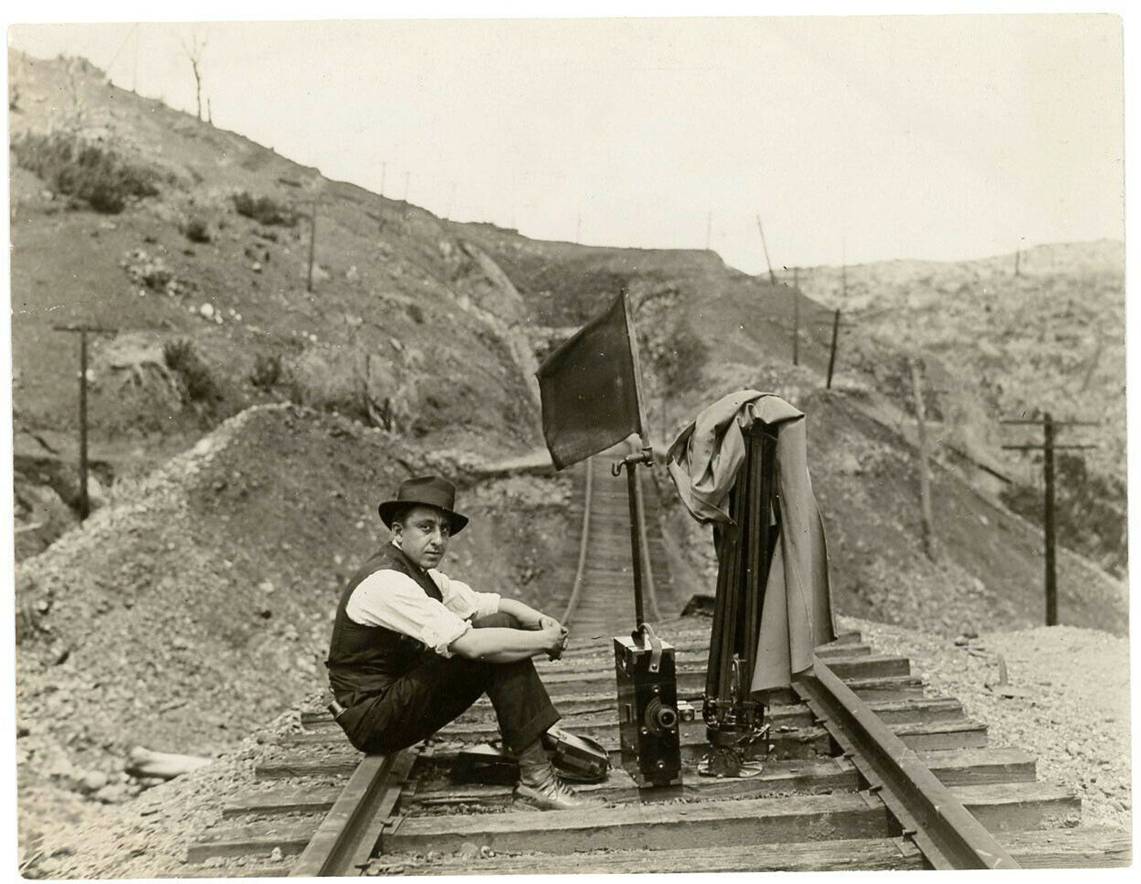 Undated photo believed taken at Mount Lassen in May, 1915 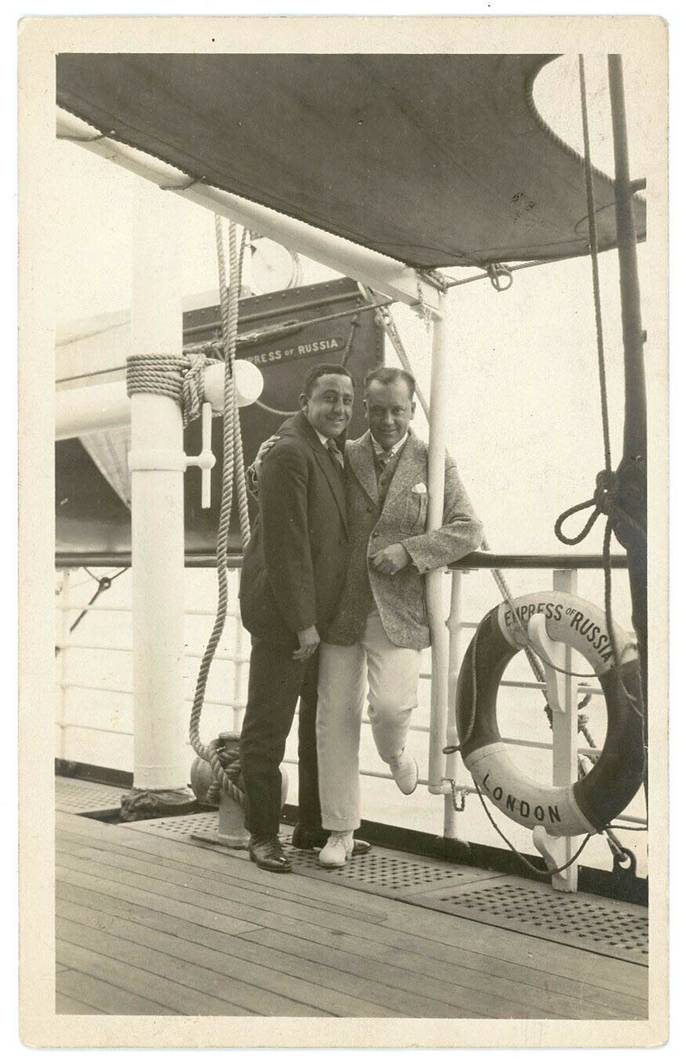 This photograph was taken more than a year later, on board the Empress of Russia, embarking from Manila to Hong Kong China on December 21, 1916.  The post card's reverse identifies the two men as what appears to be "Tobey" and "Joe": 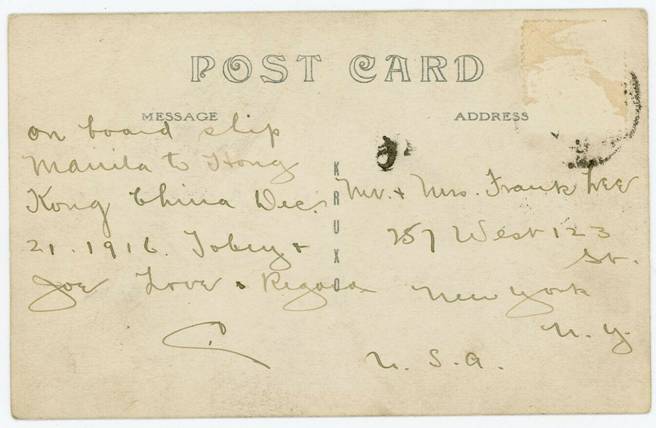 Per Wikipedia, the RMS Empress of Russia was an ocean liner built in 1912–1913 by Fairfield Shipbuilding & Engineering Company at Govan on the Clyde in Scotland for Canadian Pacific steamships (CP). This ship regularly traversed the trans-Pacific route between Canada and the Far East.