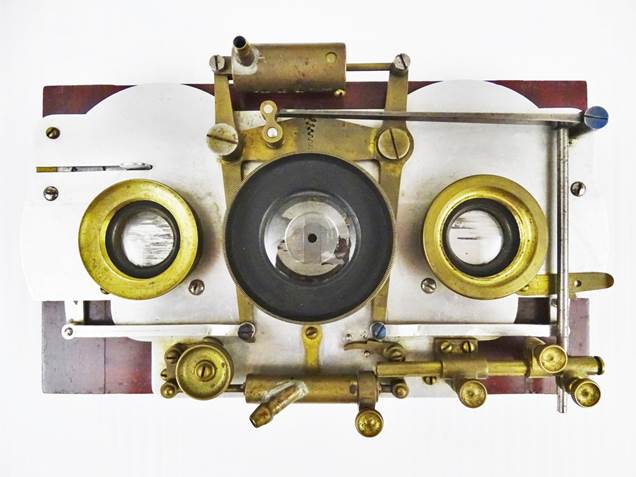 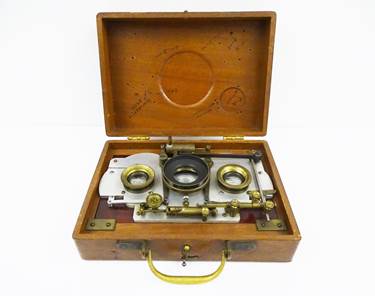 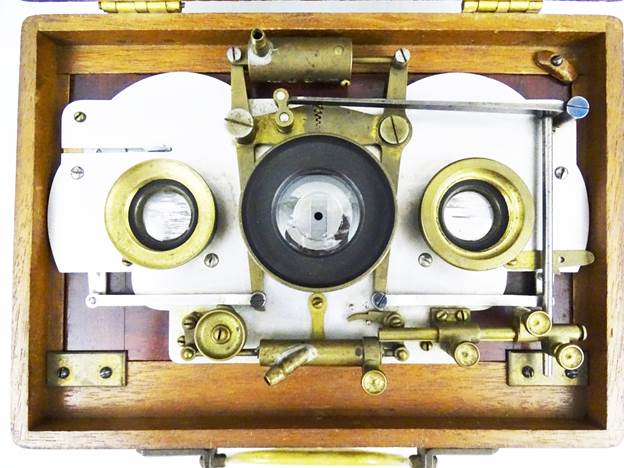 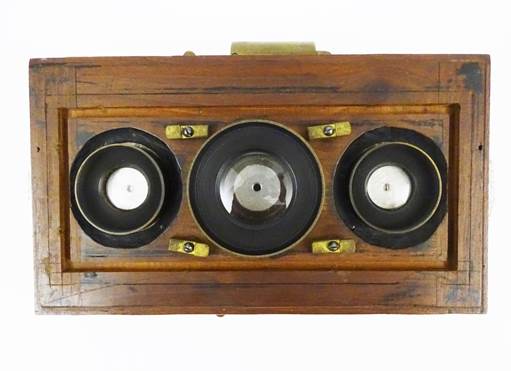 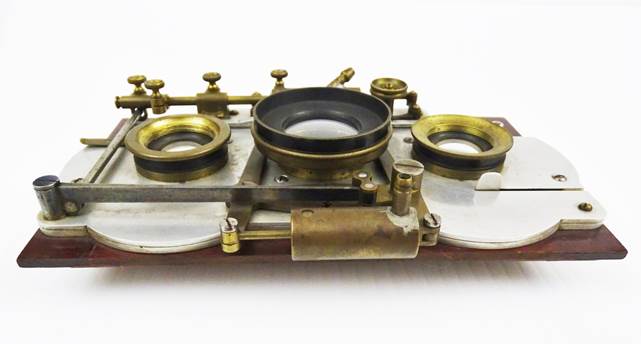 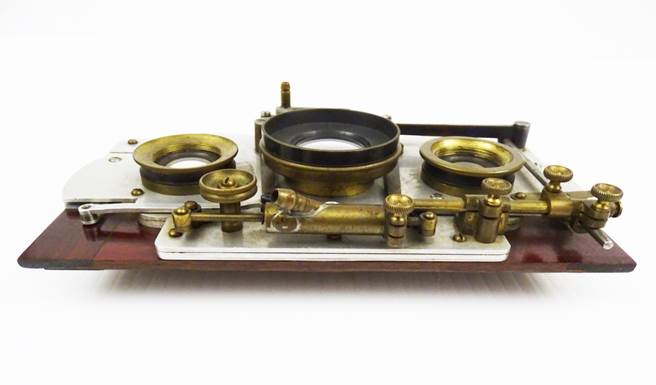 Vernon Royle's patent for a photographic shutter was filed September 8, 1894 and issued on September 22, 1896, Patent No. 568,102.  The shutter's design permitted the operator to easily shift between mono and stereo modes, thereby eliminating the need to change out lens boards.  The interocular distance between the two outer lenses, which exceeds the distance used in standard stereoscopic work, suggests this was most likely a prototype rather than a patent model.  This is supported by the fact that, excepting perpetual motion and flying machines, patent models were no longer required beginning in 1880. The shutter, which contains no markings, is beautifully machined and fitted to its wooden storage case.

Vernon Royle, born in 1846, was involved in his family's industrial manufacturing business as an inventor, manager and designer from 1879 until his death in 1934. The American Annual of Photography and Photographic Times for 1897, contains an advertisement for John Royle & Sons, Paterson, New Jersey, noting their photo-engraving equipment and a wide range of other machine tools.  Vernon's father, John Royle, Sr. began machine work in the cellar of his home in 1855.  This would later result in the establishment of John Royle & Sons in the mid-1860's after the Civil War.  John Royle, Sr. retired in 1884, turning over the business to his sons Vernon and John. Vernon Royle, sometimes in conjunction with his son Vernon E. Royle, held over thirty other patents dealing with metal extruding and photoengraving machinery.

Vernon Royle's son, Vernon E. Royle, sold the business to the Ramsey family in 1939, who continued to operate it under the John Royle & Sons name.  Many patents were granted to the Royles for various design improvements.  Their firm was instrumental in facilitating the expansion and development of the textile industry in the U.S., and many examples of their machinery can be found in the Smithsonian Institution.  Today, over a century and a half later, the firm still exists as the Royle Systems Group, LLC,  specializing in extrusion equipment.

The firm moved from its original 1888 factory in Paterson, New Jersey, to Oakland, New Jersey in 1910, and were known as Beal & Royles Machine Works located at 707 Franklin Street.  In 1992, Royle established a joint venture company in Maharashtra, India, and built a new factory there in 2009.  The original Paterson factory was sold to a developer, and was demolished in 2012 after failing to gain historic landmark status. 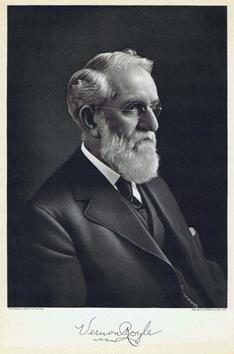 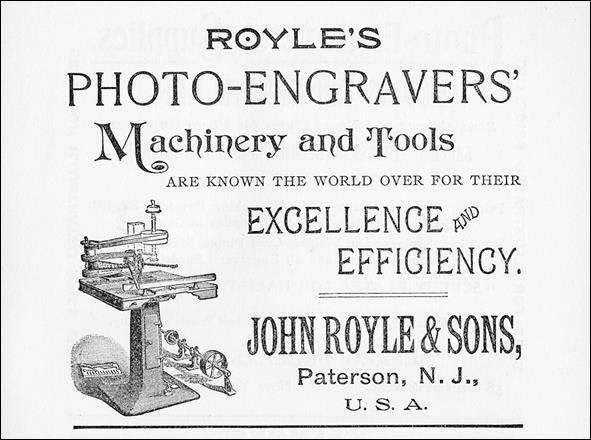 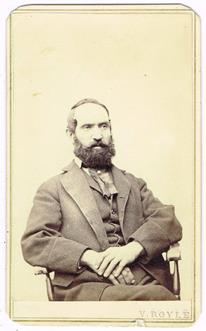 The carte-de-visit (cdv) above marked "V. Royle", is believed to have been made by Vernon Royle.  He would have been 20-30 years of age, during the time when cdv's enjoyed their popularity. It would also suggest that he was a practicing, professional photographer.  The "V. Royle" name can also be found on cabinet cards of the 1880's and 1890's, along with postcards into the 20th century.  More research is needed to verify whether this later work was that of Vernon Royle, or his son. 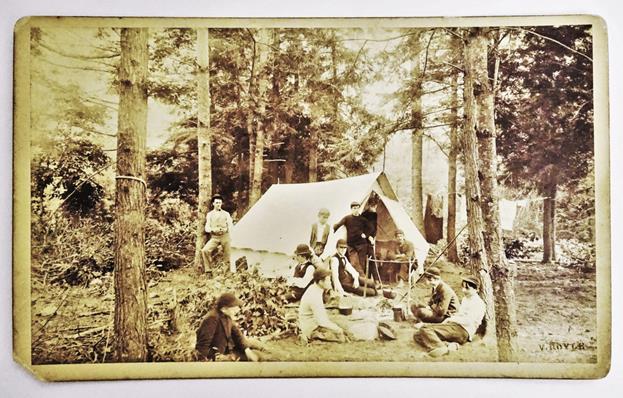 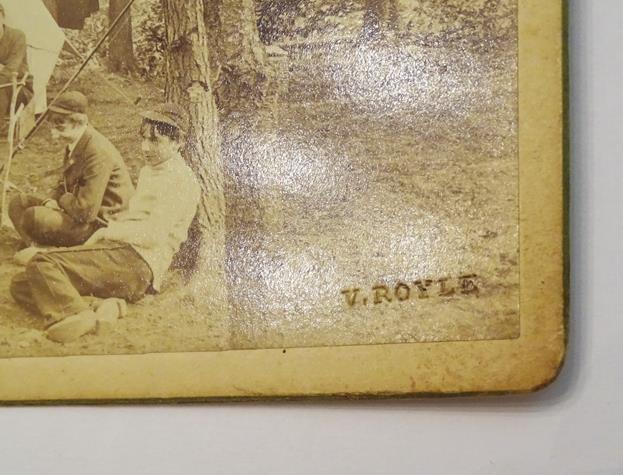 The Philadelphia Photographer for 1870, contains a statement under the Editor's Table "Received:  Some beautiful stereo landscape views, and groups of fruit, from Mr. V. Royle, Paterson, New Jersey."

Vernon Royle's lifelong interest in photography, coupled with his mechanical genius, most likely drove him to create this prototype.

I am unaware of any other examples, and this shutter appears to never have reached production.

Purchased on eBay, I was attracted to this shutter's complexity, the apparent quality in its construction and it resembled nothing I had ever seen before. Neither the shutter nor its wooden storage box, bore any maker's name.  Never expecting to know who manufactured it, I was surprised to come across Royle's Patent while undertaking a general search of other shutter patents. This particular query yielded many pages, the second of which by chance contained the patent. One glance told me, "I've seen this before" and a quick comparison with the prototype confirmed it.  It's a miracle that this shutter ever ended up in my hands, and equally miraculous that I stumbled upon its identity.  Truly a stroke of luck, one of my greatest discoveries and a discovery that almost never was.